Volume > Issue > The Shot Heard 'Round the World 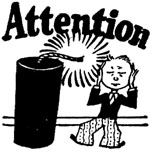 The Shot Heard ‘Round the World

When, on March 19, 1996, Bishop Fabian Bruskewitz of Lincoln, Nebraska, announced that Catholics in his Diocese who retain membership in any one of 12 specified anti-Church organizations after May 15 would incur excommunication, we were stunned.

If you’ve been reading the New Oxford Review with any regularity, you know we don’t take editorial stands on every burning issue of the moment. Our editorials are infrequent, and when we do speak, we like to address a particular issue in terms of its wider context. We also like to weigh our words. So, we felt no need to rush into print with an editorial on the Bruskewitz controversy.

Indeed, we weren’t even sure an editorial would be needed. But in considering Bruskewitz’s action in terms of the state of the Church today, we’ve come to the conclusion that what he did constitutes no mere “burning issue of the moment,” but a defining moment of burning and enduring significance. Whether or not Bruskewitz’s particular effort proves successful in the end, the matter he’s raised is not going to go away for a long time.

We’ve certainly been struck by the passionate reactions to Bruskewitz’s action. Predictably, the National Catholic Reporter went ballistic. But it really outdid itself this time. For example, Tim Unsworth called Bruskewitz’s action a “pogrom,” and opined that the Bishop “has been holding his cellular phone too close to his brain,” and Fr. Andrew Greeley referred to the Bishop as a “semiliterate incompetent.” At the other end of the ecclesial spectrum, the refrain we’ve most often heard about Bruskewitz’s action has been, “It’s about time!” The most memorable comment to date has come from a nun: “Bishop Bruskewitz? Now, there’s a real man! ” Such comments indicate that the Catholic Church is currently in a state of acute polarization.

Church doctrine regarding contraception is one of the least understood and accepted parts of her conjugal and sexual ethics.

Is the Pope Looking to Lambeth?

Why would Pope Francis form a group to study the composition of the 1968 encyclical if the intent is not to fundamentally change its message?