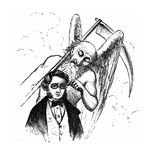 The Riddle of Man’s Dualistic Nature

THE MARRIAGE OF BODY & SOUL

By Alice von Hildebrand | January-February 2013
Alice von Hildebrand, a Contributing Editor of the NOR, is Professor Emerita of Philosophy at Hunter College of the City University of New York. She is the author, most recently, of Man and Woman: A Divine Invention (Sapientia Press); The Soul of a Lion (Ignatius Press; preface by Joseph Cardinal Ratzinger), about her late husband, the Catholic philosopher Dietrich von Hildebrand; and By Love Refined (Sophia Institute Press). She has written extensively for many Catholic periodicals and works closely with the Dietrich von Hildebrand Legacy Project, whose aim is to translate her late husband's work into English.

“Man is the most wonderful object in nature,” wrote Pascal. He is made up of two very different substances: a body, taken from the slime of the earth, and a soul, which the Creator breathes into his nostrils (Gen. 2:7). Both body and soul are essential to his being a human person. Yet he is not two, he is one. The human person is a soul incarnated in a body. Or, as St. Thomas Aquinas puts it, anima forma corporis — the soul animates the body.

About man’s dual nature, we face two challenging truths. Unlike God and the angels, man is made up of both body and soul, but like them, he is a person. Having a body does not make him less of a person but a less-perfect one; he is “below” the angels. There is only one exception: Mary, the Mother of the God-man, who is their queen. She is above the angels because God willed it to be so. But this is not our topic.

The body and the soul are metaphysically so radically different that at first blush they seem incompatible. This is why I have called their union a “divine invention” in my most recent book: It would never have entered a human mind to create such a mysterious and complex creature. The body is material, it has weight and dimensions, occupies space, is visible, divisible, and mortal. It is the object of fields of study such as physiology, a science based on observation and deduction. None of these characteristics can be attributed to the soul. To ask the weight of the soul — its height, its color — is plain nonsense. Chesterton, in his own inimitable manner, ridicules this type of materialism: “I shot a hole through your memory of last Monday.”

We experience the intimate closeness of the body and soul on a regular basis. Grave psychological worries can cause ulcers of the stomach. A change in one’s hormonal system — such as happens after child-birth — can trigger depression. If the connection between body and soul were merely a superficial one, this mutual influence would be unexplainable. A talented thinker such as Leibniz cleverly explains away this mystery by claiming that the body and soul do not in fact interact at all! They are, rather, like two watches set at the same time: They will give the same message, even though they are thoroughly independent of each other. Rationalists are so deeply upset when facing a difficulty they cannot solve that they try to escape from it by simply denying that there is a problem. Leibniz’s name deserves to be added to the long list of “geniuses” who have been seriously mistaken.