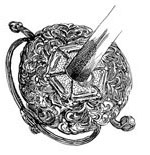 ‘The Remnant’ Crosses the Rubicon

By John Médaille | May 2016
John Médaille is a retired businessman who teaches theology at the University of Dallas. He is the author of The Vocation of Business: Social Justice in the Marketplace and Toward a Truly Free Market: A Distributist Perspective. He has articles in a dozen books and regularly contributes to Ethika Politika, The Distributist Review, and Front Porch Republic. Until the election of Pope Francis, he was a regular contributor to The Remnant. This column is reprinted with permission from Ethika Politika (www.ethikapolitika.org).

In a “featured” article at the website of The Remnant, the traditionalist Catholic newspaper has proclaimed that “Satan has made his move. He has the See of Peter,” and that Pope Francis is “his tool.” And to make the point abundantly clear, writer Ann Barnhardt tells us that Francis is a “Diabolical Narcissist Peronist-Fascist”; he is committing a “massive crime against humanity” by “disorienting, confusing, misleading or repulsing human souls AWAY from the Truth of Jesus Christ and His Holy Catholic Church.” Pope Francis is, Barnhardt claims, “personally responsible for the most loss of human souls to eternal damnation, above Luther, above [M]ohammed, above Siddhartha Gautama (Buddha), above Paul VI Montini.”

Of course, there can only be one response to such evil: Pope Francis, he of the “satanic, murderous utterances,” must be “deposed and anathematized for being a heretic.” And who is to carry out this sentence? It must be “those bishops remaining who still hold the Catholic faith” called together in an “Imperfect Ecumenical Council.”

One would hope that a publication that claims to be a bastion of orthodoxy would not be the place one finds a call for schism. But I can see no other way to interpret an open call for a rump group of bishops to depose the Pope.

Like all calls for schism, The Remnant‘s is couched in such vile language as violates every standard of charity and fidelity. All schismatics share a common vulgar vocabulary and a common low rhetoric. This is not surprising since, as St. Thomas Aquinas tells us, schism itself is an offense against charity (Summa Theologiae, IIa IIæ, 39, 1, ad 3).

How can the Synod on Synodality be a rebalancing of ecclesial powers? It is, after all, the brainchild of the most powerful of ecclesial figures.