Volume > Issue > The Prolife Movement & the Culture of Violence 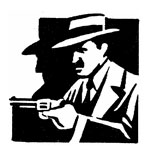 The Prolife Movement & the Culture of Violence

ON THE MURDER OF GEORGE TILLER

By Judie Brown | September 2009
Judie Brown, a Contributing Editor of the NOR, is President of American Life League and a member of the Pontifical Academy for Life.

I was 34,000 feet in the air when news broke about the murder of abortionist George Tiller. As I would have hoped, Shaun Kenney, executive director of American Life League (ALB| who was on the ground, issued the following statement:

Leaders within the pro-life movement often discuss justice in connection with our mission to end the tragedy of abortion. Today, Dr. George Tiller’s life ended in an act defying those principles.
With genuine sorrow, we reflect on today’s events in prayer. Justice for all human beings includes the lives of those with whom we fundamentally disagree, as well as the victims of abortion. We firmly hope the perpetrators of this act are apprehended, that the facts be made known, and that justice according to the law is preserved and dispensed.
Today’s actions were tragic and serve as another reminder that all human life is sacred. Pro-lifers, by our nature and commitment to human rights, reject violence as a means of resistance. Our thoughts and prayers indeed extend to the Tiller family and the community at Reformation Lutheran Church.

Senseless acts of violence should never be answered with any words other than those extended with the love of Christ.

Yet other statements made in response to Tiller’s murder reveal that many have lost sight of the ravages wrought by the Culture of Death and the stranglehold it has on our national psyche. President Barack Obama’s statement, for example, underscored the tragic disconnect prevalent among Americans that there is a difference between killing before and killing after birth. The president said, “I am shocked and outraged by the murder of Dr. George Tiller as he attended church services this morning. However profound our differences as Americans over difficult issues such as abortion, they cannot be resolved by heinous acts of violence.”