Volume > Issue > The "Priest Shortage": Natural or Man-(and Woman-) Made? 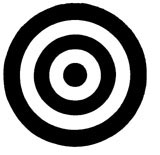 The “Priest Shortage”: Natural or Man-(and Woman-) Made?

A FEAST IN ONE DIOCESE, A FAMINE IN ANOTHER

Over the past two decades or so, Catholics in the U.S. have grown accustomed to hearing about a “vocations crisis” in their Church. The number of priests has been in decline, while the number of laity has continually risen. The conventional wisdom — articulated by fashionable theologians and angry feminist nuns — has been that the solution to the crisis is to ordain women to the priesthood. In response to these aggressive assertions, the Holy See made it absolutely clear that the Church has no authority to ordain priestesses. In 1994 Pope John Paul II issued his apostolic letter Ordinatio Sacerdotalis, and the Congregation for the Doctrine of the Faith issued its 1995 Responsum ad Dubium. These acts made it an infallible declaration of the ordinary Magisterium that God’s plan for His Church does not include ordination of women: never has, never will. The critics, however, continued unabated; in fact, they became more strident in their demands.

Then, within the past year or two (depending on which sources you read) a funny thing happened: The numbers of seminarians and recent ordinations increased — not only throughout the world (which was nothing new), but in the U.S. itself, and that was news. The increase was noted not only by the Catholic press, but by the secular press, such as The New York Times and USA Today.

Unfortunately, for many Catholics a priest shortage continues at their local level. Many parish rectories are understaffed; in many dioceses there are few priests (who are terribly overworked). Thus, while the statistics indicate an increase, it still feels like a shortage to many practicing Catholics — which raises the question: Is there or isn’t there a famine of priestly vocations at this time? The answer depends largely on your geographical location. That is so largely because of the policies of local bishops. And so, if you are a Catholic in America today, where you live is perhaps the best predictor of vocational abundance or scarcity.

Dioceses headed by bishops with a reputation for robust orthodoxy now have full seminaries and an abundance of seminarians. Witness Denver under Archbishop Chaput (and Cardinal Stafford before him), Peoria under Bishop Myers, New York under Cardinal O’Connor, and Lincoln under Bishop Bruskewitz, to name a few. It is dioceses like these that are now causing the upward trend in vocations, more than counterbalancing the paucity in other locations. Meanwhile, those dioceses headed by more “liberal” bishops are characterized by a decline in vocations — sometimes sharp — and in some cases actual closings of parishes. Currently this is occurring in Milwaukee under Archbishop Weakland; Saginaw, Michigan, under Bishop Untener; and Los Angeles under Cardinal Mahony. In the early 1990s this pattern was evident in San Francisco under Archbishop Quinn, and Chicago under Cardinal Bernardin (where, despite Bernardin’s high profile in the national prestige press, parish closings in his own back yard sparked bitter local protests). The formula appears simple: “Conservative” (i.e., “pro-Roman”) bishop equals abundance of new priests; “liberal” (i.e., “Americanized”) bishop equals shortage of vocations and ordinations.

Islamic Anti-Semitism & the Culture of Hate

The vast majority of anti-Semitic attacks in Europe (and elsewhere) are being perpetrated not by neo-Nazi skinheads but by Muslims. That might explain why we don't hear much about it.

The Homosexual Condition: Can It Be Changed? Prevented?

Suppose your teenage son haltingly tells you, “I’m gay — and I hope you won’t…