Volume > Issue > Living the Christian Faith in a Postmodern World 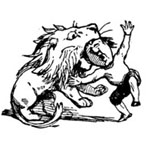 Living the Christian Faith in a Postmodern World

WHAT WE'RE UP AGAINST

Perhaps you’ve heard the slogan describing the Vatican’s use of social-communication resources: “Yesterday’s Technology Tomorrow.” The final document voted on at the Second Vatican Council was the pastoral constitution on “The Church in the Modern World.” That was in 1965. Then came 1968, a year of violent social unrest in many parts of the world. And so, in the 1970s, people began to speak of the “postmodern” world. And the Church had just gotten around to addressing the modern one!

To gain an understanding of postmodernism, we must, of course, begin with modernism, which is an approach to understanding that rejects the ideas of revelation and divine authority, and maintains that only reason and science can provide reliable, objective information about the world. Modernism, in this sense, arose in the Enlightenment, fueled in part by the wars of religion that followed the Reformation but more by the growth of the experimental sciences. In the Middle Ages, theology was queen and philosophy was her handmaid. With the coup of the Enlightenment, theology was exiled and reason was enthroned in her place — quite literally at Notre Dame in Paris during the French Revolution. But the real monarch became science, with mathematics as her servant. More and more, religion was seen by some as the inveterate foe of science — a personal, subjective attachment that might provide solace for those who professed faith, but possessing no objective reality. Thoughtful Catholic authors, past and present, have ably demonstrated that the purported contradictions between faith and reason, or between religion and science, can be maintained only at the cost of incredible ignorance; but that is a price some are willing to pay to banish religious discourse to the margins of society.

Many intellectual battles have been fought over the past several centuries between believers, who hold that there is an integral connection between faith and reason, and the children of the Enlightenment, who maintain that reason alone is our source of knowledge and that only science can provide sure, objective truth. But now there has been another coup: Beginning in the 1970s, many began to question the absolute truth claims of the “modern world,” and postmodernism was born. Like the growth of modernism itself, postmodernism was shaped in the crucible of conflict. The nineteenth century had promised people that, freed from the shackles of medieval superstition, the march of reason would proceed unhindered, oppressive political systems would fall as democracy spread, and science would eventually solve all our problems. The motto of General Electric might well apply to the nineteenth century: “Progress is our most important product.” Then came the twentieth century, and with it two world wars, countless other conflicts across the globe, and the rise of totalitarian regimes that brought death and unspeakable suffering to millions. What the modern world called progress or objective truth, post­modern thinkers began to describe as an explanation crafted by elites to gain and keep power over others. They called this the “metanarrative” and urged that it be swept aside so that smaller, local narratives could have their day in the sun. The postmodern critique was especially attractive to those who had been marginalized, or who were striving to be a voice for the marginalized, in society. The hegemony of “modern” claims to absolute truth led to the postmodern assertion that all truth is relative and that each person’s perception of what is true, based on his experience, has validity.

The situation is further complicated by the fact that these different worldviews exist side by side, and people move between them. Let me give two contemporary examples to illustrate my point.

Letters to the Editor: December 2021

Heard It All Before... Fire with Fire... Uncommon Common Sense... Continental Divide... Yahooing Our Way to Oblivion... The Church in Thrall to the State

The Death of the Last Human Being Ever Born

A review of The Children of Men