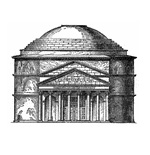 The Post-Liberal Project & the American Polis

By Casey Chalk | September 2022
Casey Chalk, a Contributing Editor of the NOR, is a contributor to The American Conservative and The Federalist. He is the author of The Persecuted: True Stories of Courageous Christians Living Their Faith in Muslim Lands (Sophia Institute Press, 2021).

On May 15, 1961, Pope St. John XXIII promulgated an encyclical on “Christianity and Social Progress” entitled Mater et Magistra. He included in his discussion of scientific progress, new social systems, the lack of economic balance, and global political institutions an implicit rebuke of unfettered capitalism. The Holy Father wrote:

[If] the whole structure and organization of an economic system is such as to compromise human dignity, to lessen a man’s sense of responsibility or rob him of opportunity for exercising personal initiative, then such a system, We maintain, is altogether unjust — no matter how much wealth it produces, or how justly and equitably such wealth is distributed.

William F. Buckley Jr. and Garry Wills of National Review — both practicing Catholics — were not particularly keen on the Pope’s concerns about capitalism. In an editorial on July 29 of that same year, Buckley declared that the encyclical failed to take account of “the continuing and demonic successes of the Communists,” “the extraordinary material well-being that such free economic systems as Japan’s, West Germany’s, and our own are generating,” and “the dehumanization, under technology-cum-statism, of the individual’s role in life.”

Observers over the years — including the late NOR editor Dale Vree — have argued (likely rightly!) that National Review’s critique of a papal encyclical’s social teaching encouraged a culture of dissent among conservative American Catholics. Yet this episode also revealed the degree to which Catholics had acculturated themselves to American social, political, and economic life. Protestants for generations had expressed suspicion and skepticism of their fellow Catholic citizens, believing that the Church and her doctrines served as insurmountable obstacles to Catholics’ participation in American public life. Now Catholics were among America’s most vocal defenders!

And that’s still true today. Catholics exercise tremendous influence in all three branches of the federal government: about 30 percent of Congress, six of nine Supreme Court justices, and our sitting president are Catholic. Practicing Catholics promote liberal democracy and capitalism in the most elite government, academic, and media institutions of our nation.

The public square is not naked but clothed by the “woke” ideology of our bourgeois liberal elites. It has its own "church" that pronounces on orthodoxy and heresy.

America is a formidable land in which to be in the world but not of it; its at­tractions are many and its lures seductive. The imperative for Christians lies in resistance.