Volume > Issue > The News You May Have Missed: September 2019 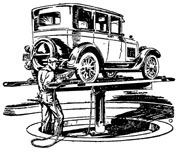 Have Gun, Will Travel

An auto dealership in rural Alabama ran a “God, Guns & Freedom” promotion, promising a Bible, a 12-gauge shotgun, and an American flag to anyone who bought a car between late June and the end of July (USA Today, June 25). “We live in a small town of 1,200 people…. They lean on their religious beliefs, their pride in America, and they love to hunt,” explained Koby Palmer, Chatom Ford’s general sales manager. But, he added, the dealership wasn’t just “handing out shotguns in Alabama.” Upon purchase of a car, patrons got a Bible, a flag, and a certificate that could be taken to one of two certified firearms dealers that partnered with Chatom Ford. That certificate, combined with a bill of sale from the purchase of the car, is how patrons could get their guns. Palmer emphasized that it wasn’t mandatory to leave with a flag, a Bible, and a gun after purchasing a car. “This is just showing support for our local community,” he said.

A Colorado veterinarian says more and more dogs in the Aspen area are suffering from marijuana toxicity (United Press International, July 12). According to Dr. Scott Dolginow, owner of Valley Emergency Pet Care in Basalt, three to ten dogs with marijuana toxicity are brought in each week, and 70 to 80 percent of the owners do not know where their pets found cannabis. “But they say they were out on a trail or camping,” Dolginow reports. On multiple occasions, he himself has seen human waste next to trails. “Most dogs will eat human feces given the opportunity,” he says, and it can contain enough THC — the psychoactive ingredient in marijuana — to get a dog high. Marijuana toxicity in dogs, typically manifested by nausea and disorientation, has been on the rise since states began legalizing recreational use of the drug, with Pet Poison Helplines reporting a 448 percent increase in cases over the past six years.

The Bards of Berkeley

The city of Berkeley, California, is banning some commonly used words from the city code in favor of gender-neutral alternatives (CBS News, July 18). “In recent years, broadening societal awareness of transgender and gender-nonconforming identities has brought to light the importance of non-binary gender inclusivity,” a new city ordinance reads. “Therefore, it is both timely and necessary to make the environment of City Hall and the language of city legislation consistent with the principles of inclusion.” The ordinance includes a list of gendered terms in the city code and gender-neutral terms to replace them. Manholes will now be referred to as “maintenance holes,” while manpower will become “human effort” or “workforce.” Ombudsman will now be “ombuds” or “investigating official,” brother and sister will both be replaced with “sibling,” and a pregnant woman will be referred to as a “pregnant employee.” Sororities and fraternities will now go by “collegiate Greek system residence.” The list also includes instances in which he, her, she, and him will be replaced by alternatives. For example, an attorney will be referred to as “the attorney,” not a gender pronoun such as “him” or “her.”

Police in the Russian republic of Sakha have charged a Russian journalist with trying to tap into readers’ subconscious and “control minds” after he referenced 1984, George Orwell’s novel about government repression, in a magazine article (Daily Mail, July 9). Mikhail Romanov, a reporter for the Yakutsk Vecherniy weekly, wrote a story on the alleged torture of an academic. According to Romanov’s editor, “This is a story about how anyone can be squashed by the government machine. It’s also about how Big Brother is watching, reading all comments on online forums.” This is believed to be the first time a journalist will be tried under Russia’s new legislation punishing those who are perceived to have published information “containing hidden insertions affecting the human subconscious.” If found guilty, Romanov could be subject to a fine of 2,000-50,000 rubles ($32-$790). The Russian Union of Journalists released a statement in defense of Romanov, saying, “Even someone without a literary education understands that this was only in reference to George Orwell’s 1984.”

What Would Jesus Drive?... Reprieve for the Atheist Minister... Sinead O’Muslim... Nothing but a Number?... Not Your Tranny Granny... You May Now Kiss the Hologram... Scouts’ Dishonor... The Young & the Voteless... A Child Shall Lead Them... King’s Crossing... Get Your Grub On... The Essence of Cockroach... Eggsploitation... How the Mighty Have Fallen... more