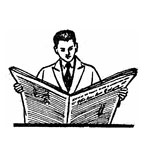 Air New Zealand has introduced a special “gay”-themed flight that will feature drag queens, pink cocktails, and a cabaret performed by a flight crew dressed in pink feather boas. The destination for the airline’s “Pink Flight,” scheduled to depart San Francisco International Airport on February 26, 2008, is the Gay and Lesbian Mardi Gras in Sydney, Australia (Associated Press, Sept. 14).

According to the Russian national paper Novye Izvestiya (Sept. 10), a Russian province organized a “Family Contact” day in an effort to boost flagging birth rates. The special day for encouraging procreation was dreamt up by the governor of the Ulyanovsk province, Sergei Morozov, who will award prizes ranging from a television to a Russian-made all-terrain vehicle for giving birth on Russia’s Constitution Day on June 12. “The purpose is to improve the demographic situation and support family values,” a spokesman for the administration said.

The Minneapolis airport toilet stall where U.S. Senator Larry Craig was arrested for allegedly soliciting homosexual sex is now attracting tourists. “People are taking pictures,” Karen Evans, an information officer at Minneapolis-St. Paul International Airport, told the Associated Press (Sept. 9). Sen. Craig, a Republican from Idaho, pleaded guilty in August to disorderly conduct over the June 11 toilet incident. “We had to just stop and check out the bathroom,” said Sally Westby of Minneapolis, on her way to Guatemala with her husband, Jon. “In fact, it’s Jon’s second time — he was here last week already.”

In addition to offering dozens of classes on “gay issues,” at least 30 American universities now offer full-fledged minors in “gay studies.” Issues such as same-sex “marriage” and homosexuals in the military have fueled interest in the programs, which have been established, among other places, at Ivy League institutions Yale and Cornell, as well as DePaul University in Chicago, one of the nation’s largest Catholic schools. Another 16 schools let undergraduates earn certificates or pursue concentrated studies in “gay” topics. This rise of specialized degree programs has been driven by endowments from homosexual alumni, the research of openly homosexual professors, and demands of students who are coming out of the closet at younger ages, experts say (Associated Press, Sept. 7).