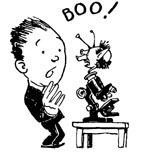 Panic struck residents of the San Francisco Bay Area this January when Facebook and Instagram both briefly went offline. The outages, which were reportedly caused by an internal glitch, prompted five people to call 911 to ask when the websites would be back online (CBS San Francisco, Jan. 27). Dispatchers have requested that residents refrain from calling in to complain about social-media networks becoming temporarily unavailable. “Our lines are dedicated to handle [sic] life and death calls, and even though Facebook is important to a lot of people, it’s not a matter of life and death when it stops working,” one dispatcher said. “One caller even called back to tell me I was being rude because I told her it wasn’t a life-threatening emergency.”

In a move that has irritated the Archdiocese of Montreal, Catholic Community Services is dropping the word Catholic from its name and instead will call itself Collective Community Services. According to Director General Fred Jansen, the agency, which works with seniors, runs community-development programs for youth, and operates summer camps for inner-city children, changed its name to conform to its contractual obligations with its main provider of funds, Centraide (Quebec’s United Way). “The word ‘Catholic’ scares people,” Jansen said. “We believe we should leave religion outside the door like the law requires.” Centraide’s head of public affairs, Annick Gagnon, however, said the organization did not ask CCS to drop the word Catholic. “As long as it does charitable work within our guidelines, there is no reason why it can’t call itself Catholic,” she said. The archdiocese announced that it will set up a parallel agency that clearly identifies itself as Catholic (The Catholic Register, Jan. 16).

Composer Andrew Lloyd Webber said churches across the U.K. should be fitted with Wi-Fi in order to make them a “more integral part of the community.” Lloyd Webber, who is a Conservative member in the House of Lords, said, “I want to get every church in the country on Wi-Fi. Once you do that, the church becomes the centre of the community again. They should go back to the medieval traditions, which is that the nave of the church is always used for local businesses” (Belfast Telegraph, Jan. 4).

A bitter lawsuit is unraveling in court regarding the rights to Martin Luther King Jr.’s Bible and Nobel Peace Prize medal. King’s sons, Martin Luther King III and Dexter Scott King, run his estate, and want to sell the relics to a private buyer. Some think the Bible could fetch between $200,000 and $1 million, while the medal could go for more than $10 million. King’s daughter, Bernice, however, controls their mother’s estate and contests that King gave the medal to his wife as a gift, and it therefore belongs to her. She opposes its sale, saying that it would be “spiritually violent” and “outright morally reprehensible” to profit from it. A judge is keeping the items in a safe deposit box until the dispute is settled. King’s children have sold a collection of his papers and books for $32 million, and have been involved in a series of disputes regarding the use of their father’s image and belongings (Christian Today, Jan. 12).