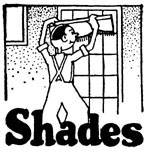 By Joseph Collison | November 1998
Joseph Collison is the Director of the Office of Pro-Life Activities for the Diocese of Norwich, Connecticut, and Chairman of the Board of Caring Families Pregnancy Services.

Older readers can still remember when divorce was rare. Indeed, when I was young, I knew no one who was divorced. But now almost half of all marriages end in divorce. What’s worse, millions of today’s teenage girls become pregnant without benefit of marriage, and almost half abort their babies.

Pope Paul VI was bitterly vilified in 1968 when he issued Humanae Vitae, which reiterated the immorality of artificial contraceptives. But can anyone look at today’s world and say he was wrong when he prophesied that widespread use of such contraceptives would “lead to conjugal infidelity and the general lowering of morality”?

People may disagree with the philosophy and theology behind Catholic teaching on artificial birth control, but anyone with basic mental competence can recognize the prescience of the Holy Father’s prediction. Given human nature, the promise of sex-at-whim-without-pregnancy leads to promiscuity and infidelity as surely as night follows day.

Use of contraceptives is contrary to Catholic moral teaching. It’s also contrary to common sense. They don’t work. Four out of five teenage girls now aborting their babies were using artificial contraception when they became pregnant. The failure rate of condoms is over 30 percent among teenagers and about 20 percent among adults. As Dr. Lisa Rarick of the Food and Drug Administration recently said, “It’s scary to think there are [contraceptives] out there with failures in the 40 to 50 percent range.”

Kermit Gosnell in the Cone of Silence

A review of Gosnell: The Untold Story of America's Most Prolific Serial Killer

The new eugenics is essentially a man-made religion, with a false hope of perfection and immortality.

The Example of Large Families

We need to re-think children — whose they are, why they exist, and whether anything else we can possibly choose is more important.