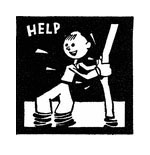 By John Martin | September 2017
John Martin is a veteran professional writer whose career includes stints as a Charlotte Observer bureau chief, a Business Week copy editor, and chief speech­writer for New York State Comptroller Ned Regan. His published books include the novel A Leopard at Maytime (Doubleday), Roses, Fountains, and Gold: The Virgin Mary in History, Art, and Apparition (Ignatius Press), and the sportive The Cat on the Catamaran (Winged Lion Press). His poems and articles have appeared in Chronicles, First Things, The Christian Century, and The Chesterton Review. His plays include A Chosen Vessel: An Evening with St. Paul, which has been performed more than 400 times; The Troll Palace and Macdeath, both mystery thrillers; and the St. Francis musical Troubadour, for which he wrote book and lyrics.

The advertising brotherhood might disagree, but the slickest selling job on record wasn’t “A Diamond Is Forever” or any other masterstroke of Madison Avenue sloganeering. It was the Serpent’s clever little pitch in the Garden of Eden: “Eat of the fruit of this tree and you shall be as gods knowing good and evil.” That one didn’t just walk off with the gold medal; it shook the world.

It worked so well, in fact, that the Serpent has been using variations of it ever since. And lately he hasn’t only been merchandising the apple, he’s been selling the core — as in Common Core, the educational curriculum aimed at transforming free and easy, happy-go-lucky American children into glum little globalists. Ah yes, boys and girls, right this way to a new and golden future: one people, one world, one government, and plenty of free windmills and solar panels for the whole gang!

No, Common Core won’t do that all by itself, but it’s one more seven-league step along the way, and the campaign waged on its behalf has been so successful that the task facing its opponents is nothing less than to perform a kind of educational exorcism. As Anne Hendershott so concisely and grimly pointed out back in 2013: “The curriculum has been created, the books have been purchased and the standards have been implemented…. Working collaboratively with the Obama Administration, the [Bill] Gates Foundation helped to subsidize the creation of a national curriculum that has now been adopted by 46 states and the District of Columbia” (Crisis.com, Oct. 14, 2013).

In point of fact, no one has yet discovered a video of Obama, Gates, and Beelzebub debating the finer points, but whatever the talks may have covered, the result was federal control of a curriculum designed to keep the populace moving in the direction of not just a brave new world but a brave new world order. For unlike the innocent old days, when books were chosen for literary merit or simple historical accuracy, we now have texts, manuals, and even songs that promote and celebrate the twin glories of globalism and planet-worship. What, you haven’t heard about such wonders of the Great Green Awakening as that magic moment in Sunnyvale, California, a few years back, when elementary-school pupils sang the words of the “Peacemakers’ Planetary Anthem” to the tune of “The Star-Spangled Banner”? (We can only hope the Sierra Club is offering a massive reward for information leading to the arrest of the lyricist.)