Volume > Issue > The New Atheism: All the Rage 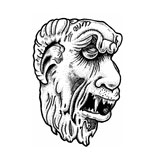 The New Atheism: All the Rage

By Andrew M. Seddon | July-August 2012
Andrew M. Seddon, a native of England, writes both fiction and nonfiction, with over one hundred publication credits, including three novels: Red Planet Rising, Imperial Legions, and Iron Scepter. He contributed a chapter to Staying Fit After Forty by Don Otis, co-authored the devotional Walking With the Celtic Saints, and is a current member of the Authors' Guild. Dr. Seddon is a family-practice physician in the SameDay Care department at Billings Clinic in Billings, Montana.

Recently, a gathering of atheists, called the “Reason Rally,” was held in Washington, D.C. Sponsored by various atheist groups, it was hailed as a “coming out” for those who claim to believe in reason rather than God, an opportunity for them to counter distrust of their views. But if the rally accomplished anything, it was to show that reason is hardly the property of atheists and other nonbelievers; indeed, to judge from reports of the event, reason was sadly lacking.

To be sure, there are non-religious scientists and philosophers who conduct reasoned, civil discourse, and who, while disagreeing with theists, do not engage in wild, anti-religious polemics. There are plenty of agnostics, skeptics, and religiously indifferent people who live peaceably alongside their religious neighbors. But the opposite is also true: There’s no dearth of angry, militant “New Atheists” who throw reason and civility to the wind.

And it was this type that appeared to be on display at the Reason Rally, slinging four-letter words and blasphemous songs from the stage, and carrying offensive signs. (Admittedly not to the approval of all the attendees.)

Predictably, one of the rally’s keynote speakers was Oxford biologist Richard Dawkins. As detailed in his bestselling book The God Delusion, Dawkins equates faith with delusion: “a persistent false belief held in the face of strong contradictory evidence.” He claims that “faith is an evil precisely because it requires no justification and brooks no argument.” Dawkins and his ilk view religious people — especially Christians and, more specifically, Catholics — as deluded faith-heads whose minds have been taken over by irrational superstitions and who are no longer amenable to reason. Christians have, perhaps, been infected by a “God virus” — or, as Dawkins would say, a “meme” — and are no longer rational beings.

During the Catholic Middle Ages, an atheist was difficult to find. But since the time…