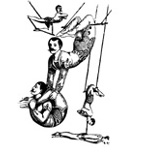 An Atheist’s Guide to Gambling

By Carl Sundell | November 2015
Carl Sundell is Professor Emeritus of English and Humanities at Quinsigamond Community College in Worcester, Massachusetts. He currently resides in Lubbock, Texas.

Pope Emeritus Benedict XVI, after his visit to the heavily atheist Czech Republic in 2009, suggested that a new evangelical effort should be directed toward the atheists of the world. He urged that some way be found whereby atheists and theists could come together in search of common ground, “where men can in some way latch onto God, without knowing him and before they have gained access to his mystery, which is the inner life of the Church.” No better Catholic philosopher could be found to initiate such a dialogue than Blaise Pascal (1623-1663), much of whose last great work, Pensées, was addressed to atheists.

Pascal’s mother died when he was three years old. His father took on the role of sole teacher of their three children, whom he considered too intelligent to be taught by anyone else. Before Pascal reached his teen years, he had demonstrated extraordinary insight into complex mathematical problems by proving Euclid’s Proposition 32 and by discovering an error in René Descartes’s geometry. At the age of sixteen, Pascal sent his “Essay on Conics” (referred to today as “Pascal’s Theorem”) to the French mathematician and Catholic priest Père Mersenne. At the age of twenty, Pascal astounded the mathematical world with his “Treatise on the Arithmetical Triangle.”

A year later, following an inquiry from a gambling friend about the odds of winning a dice throw, Pascal corresponded with the great French mathematician Pierre de Fermat. Together they produced a novel theory of probabilities that answered the question. More importantly, their theory would provide a foundation for modern economic and social-science studies.

Still in his early twenties, Pascal invented a calculating machine, the Pascaline. (In 1970 computer scientist Niklaus Wirth designed a programming language system named after Pascal.) Pascal is the first person known to have worn a wristwatch by using a string to tie his pocket watch around his wrist. Some of his more notable inventions include a hydraulic press, a syringe, a roulette wheel, and a horse-drawn vehicle containing multiple rows of seats (foreshadowing the autobus and train car). Contrary to the belief of Plato, Aristotle, and Descartes, through several experiments with barometers, Pascal proved that nature could contain a vacuum.

It began when a Christian group in Britain posted some advertisements on buses in London.…