Volume > Issue > The Myth of Meritocracy 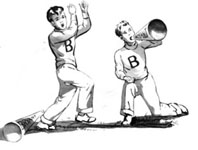 One of the lesser-known entries in the pantheon of distinguished dystopian fiction is The Rise of the Meritocracy. A bestseller in 1958 for British author Michael Young, it’s a mock-history charting the rise and fall, in 2033, of a society organized around the concept of merit, in which status is “earned,” not inherited. This society, Young wrote, is “not an aristocracy of birth, not a plutocracy of wealth, but a true meritocracy of talent.” Social status is determined by the formula “IQ + effort = merit.”

Not coincidentally, Young’s novel introduced a new word into our common lexicon: meritocracy, currently defined as “a system in which advancement is based on individual ability or achievement.”

Young intended his novel as a cautionary tale, yet, to his chagrin, most Westerners have since embraced the concept about which he warned, believing that a meritocracy reflects the ideal ordering of a democratic society, and believing too that some semblance, if not the actual structure, of a meritocracy inheres in modern Western democracies.

The idea of a meritocracy is particularly seductive in America, the land of the fabled Protestant work ethic, where the belief that you can “pull yourself up by your bootstraps” is deeply embedded in our national consciousness. And that’s not by accident, according to Michael Lerner. As he wrote in the October 1987 NOR, the “ideology of meritocracy” is the “central religious belief” of our competitive, market-based society. It is “taught to children and reinforced in every social institution: this society is a meritocracy, a society ruled by merit, and where you end up in the social and eco­nomic hierarchy is a direct reflection of who you are as a person.”