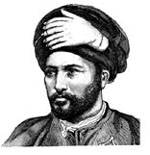 The Most Pernicious Catholic Heresy

AS LARGE A MENACE NOW AS THEN

In 1938, when fascism and communism were the most powerful threats to Western civilization, a brilliant but failed Balliol historian turned his acid pen to a quick but sweeping study of pernicious Catholic heresies such as Arianism (and its associated movements of Nestorianism, Monophysitism, and Monoletism) and Albigensianism (and other forms of Manichaeism like Catharism). In the very long run, he thought, there is nothing to fear, for most heresies, although resurfacing intermittently, die out after a few disruptive centuries and remain virtually extinct — except for one.

This heresy had once nearly overrun the West and had threatened it for over a millennium, but it appeared politically contained and dormant in the period following the Great War. Our historian, Hilaire Belloc, admits that “the possibility of that terror under which we lived for centuries reappearing, and of our civilization again fighting for its life against what was its chief enemy for a thousand years, [seems] fantastic.” But a terrifying “recrudescence” is nonetheless possible. Even though the West’s material and technological superiority saved it, there is nothing in that nearly forgotten heresy that is “hostile to the development of scientific knowledge or of mechanical aptitude.” Indeed, Belloc, a traveled war veteran, saw enough of this heresy’s good artillery work and superb transportation systems to know that there is “nothing inherent” to it that would “make it incapable of modern science and modern war.” For a good long while, after all, its science and warcraft were superior to the West’s. They could be so again, and this heresy could “become as large a menace in the future as it has been in the past.” This Catholic heresy, which he called “the most formidable and persistent enemy” of Western civilization, is Islam.

Like all intelligent history and all intelligent human utterance, Belloc’s book The Great Heresies sometimes oversimplifies and infuriates, but it also sheds valuable light as much for criticizing the West as for illuminating Islam.

Why, in the first place, should he call Islam a Catholic heresy? Like all heresies, he explains, it shares in the deposit of truths but “clings” to a few false propositions. He observes that Muhammad traveled as a “camel driver” along East-West trade routes and picked up elements of Catholic orthodoxy from which his purportedly divine “revelations” in an Arabian cave enjoyed spiritual strength: “the unity and omnipotence of God”; certain divine attributes like “the personal nature, the all-goodness, the timelessness, the providence of God, His creative power as the origin of all things, and his sustenance of all things by His power alone”; “the world of good spirits and angels and of evil spirits in rebellion against God…with a chief evil spirit”; and above all, “that prime Catholic doctrine, on the human side, the immortality of the soul and its responsibility for actions in this life, coupled with the consequent doctrine of punishment and reward after death.” Moreover, Muhammad gave to “Our Lady” and “Our Lord” (who, not Muhammad, would rule on Judgment Day) “the highest reverence,” and he even hinted at the Immaculate Conception! Finally, Muhammad taught against paganism using the Catholic doctrine of the equality of all men before God and “preached and throve upon the paramount claims of justice, social and economic.”

'Inquiry' Shall Set Us Free?

Should Catholics try to convert Muslims? This has been a thorny question since the promulgation of Nostra Aetate.

The Persistence of Islam

Review of Letters on the Sufi Path by Ibn Abbad of Ronda, Eight Lives by Rajmohan Gandhi, and Lost in the Crowd by Jalal Al-e Ahmad

The Secret Weapon in the War on Terrorism: Priestesses!

"Dualistic (and sexist) thinking about masculine and feminine has led to a ruthlessly competitive marketplace."