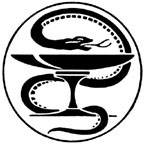 The Judicial Mistreatment of Religion

ONLY RELIGIOUS DISCRIMINATION IS PERMITTED

By Patrick M. Garry | April 2005
Patrick M. Garry is an attorney and a Visiting Professor at the University of South Dakota Law School and the author of several books and dozens of articles on the First Amendment.

At a winter holiday party held every year in a New Jersey elementary school, the children often distribute gifts to one another. But when one five-year-old boy started handing out candy canes, he was immediately restrained. Attached to each candy cane was a religious story relating to Christmas. Later, in the subsequent litigation, Wigg v. Egg Harbor Board of Education, a court upheld the school’s right to restrict the boy from giving those candy canes as presents. The basis for that ruling was the Establishment Clause of the First Amendment, which states that “Congress shall make no law respecting an establishment of religion.”

In a Texas school district, a program called “Clergy in Schools” placed clerical volunteers in the district’s primary and secondary schools to provide student counseling and mentoring on secular topics. But when some parents sued, the court in Oxford v. Beaumont ruled that the program violated the Establishment Clause. Another court in Rusk v. Crestview used the Establishment Clause to bar the distribution on school premises of flyers announcing the community activities of local churches. Elsewhere, a court held that a school choir’s singing of “The Lord’s Prayer” was unconstitutional. And in Barense v. Town of Barrington a New Hampshire judge ruled that a town’s practice of providing free snowplowing for religious organizations amounted to a state establishment of religion.

Religious liberty is the first freedom protected in the Bill of Rights, followed by free speech. Both are fundamental freedoms, and yet the courts treat the two in substantially different ways. The law, for instance, allows regulatory burdens on religious exercise that would not be tolerated in connection with speech activities. Zoning regulations can restrict the ability of churches and synagogues to accommodate the religious needs of their congregations, even though similar restrictions on the expressive activities of political or cultural groups would not be allowed. Religious speech may be curtailed if found to have an unwelcome effect on nonbelievers, even though profane or indecent speech cannot usually be restricted no matter how offensive it is to unwilling listeners. Government scholarship programs can refuse to cover a student pursuing a degree in theology studies, even though such programs could never make such a refusal regarding a degree in radical Marxism. Religious proselytizing in public venues can be restricted in ways that raw, violent rap lyrics cannot be.

The primary reason why religious expression can be so regulated is because of the Establishment Clause. As most high-school students of American history learn, the constitutional Framers intended the Establishment Clause to prevent the new federal government from setting up and enforcing an exclusive national religion, as the English had done with the Anglican Church. But contrary to this original intent, American courts in the latter half of the 20th century began applying the Establishment Clause not to the big issue of an exclusive, state-mandated religion, but to the small issues of candy canes at school and free snowplowing for religious organizations. By employing the Establishment Clause at the fringes of religious life, where religion intersected with some government program or public venue, the courts effectively corralled religious expression into a kind of social closet. Simultaneously, however, those same courts were using the Equal Protection Clause to facilitate the “coming out” of various minorities, such as gender-identity and sexual-preference groups.

In the 1960s and 1970s, after nearly two centuries of the First Amendment, the Supreme Court began using the Establishment Clause as a trowel in the building of a “wall of separation” between church and state. But this wall of separation ran counter to the American historical experience. In colonies founded by people wishing to live where they could publicly declare their religious beliefs and use those beliefs to shape their society, a strict “wall of separation” between church and state was unimaginable. In a young nation which entrusted its educational systems to clergy and religious groups, and in which presidents designated national days of prayer, an impregnable wall of separation between religion and government would have been seen as ludicrous. And in a country whose citizens believed that a necessary ingredient to democracy was the moral values fostered by religious beliefs, a constitutional mandate that confined religion to a private sphere or pushed religion to the fringes of civil society would have been seen as self-destructive.

Letter to the Editor: January-February 1996

"Gang of 40" Revisited... Who Is Offending Whom?... Elevator-Music Catholicism... Forget Notre Dame!... If It's Really Murder... The "Deadbeat Dads" Fetish... One Candle Then, Many Now... Not Exactly Bedtime Reading...

Child discipline is not the same thing as child abuse.

The Many Identities of GKC

A review of G.K. Chesterton: A Biography