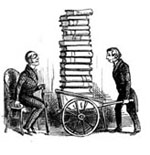 CAN SCIENCE & PHILOSOPHY BE SEPARATED?

By Murray S. Daw | December 2011
Murray S. Daw is the R.A. Bowen Professor of Physics at Clemson University. He received his Ph.D. in Theoretical Physics from CalTech in 1981, and has worked in industry, government labs, and academia. He is a fellow of the American Academy of Arts and Sciences and the American Physical Society, and is a member of the Institute for Advanced Physics in Baton Rouge.

In the early 1960s the well-respected Catholic philosopher and scientist Vincent Smith sounded an alarm. Throughout the country, Catholic schools at all levels had begun introducing secular science textbooks in their classrooms. Smith warned that many of these textbooks contained an implicit philosophy antithetical to the Catholic view of nature. His announcement re-inflamed a debate that had been smoldering for years, in which many Catholics had been pushing for the demise of “Catholic science textbooks.” From our vantage point fifty years later, it is easy to see how the controversy was resolved: Virtually all Catholic colleges and universities use the same science textbooks that secular schools use. Catholic science curricula are deliberately molded to match their secular counterparts. This de facto resolution was achieved not on the basis of sound reasoning; rather, distinctively Catholic science curricula were swept away by the cultural tidal waves that washed over the country in that era.

In 1964 America magazine published Smith’s article, “Catholic Science Textbooks?” in which he contended that all science texts are based on some implicit philosophy. All science must begin somewhere, and any approach to science must begin with some attitude, some assumptions about the nature of the world around us. Smith’s argument was based on the age-old Catholic understanding of reason, knowledge, and science. He quoted several eminent modern scientists who supported this view, including the eminent Harvard paleontologist Prof. George Simpson, who said, “All science is philosophical.”

Smith then asked whether the implicit philosophy of secular science textbooks is in fact consonant with a Catholic view of nature. This view is founded on the acceptance of certain simple facts, such as the objective reality of the world, the order and intelligibility of nature, and the ability of our minds to understand that order. Things in the world have a nature of themselves, by virtue of which they exist. Animate things have a nature that is intrinsically higher (that is, more intelligible) than inanimate things. Humans have an even more elevated nature. Central to the scientific enterprise is the concept of causality: effects have a cause. So when someone wonders, “Why…?” the answer is given in the form of a cause, “Because….” These first principles form the philosophical foundation of science. Without them, whatever is done could not be reasonably called science. Opening the first principles to examination is the beginning of making science fundamentally more rigorous.

Is Football Past Its Prime?

The game diminishes the intrinsic worth of its participants, whose bodies, brains, and even lives are considered expendable.