Volume > Issue > Two Marys Who Are Quite Contrary 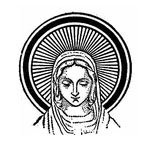 Two Marys Who Are Quite Contrary

By Jim Coop | October 2007
Jim Coop, a freelance writer who lives with his mother in San Carlos, California, has been assisting the Knights of Columbus Council #3051 with their Special Education Project to promote the awareness of the importance of children receiving an authentic Catholic education. For more information about this work, contact the Council by e-mail at kocpgk3051@hotmail.com.

“Behold, I am the handmaid of the Lord, let it be done to me according to your word” (Lk. 1:38). These words were uttered by a Jewish maiden named Mary over 2,000 years ago. Their utterance brought about the most significant events in human history: the Incarnation of the Son of God and His subsequent redemption of mankind. Concerning the role Mary played in these momentous events, Pope John Paul II wrote in his encyclical Redemptoris Mater, “the figure of Mary of Nazareth sheds light on womanhood as such by the very fact that God, in the sublime event of the incarnation of his Son, entrusted himself to the ministry, the free and active ministry, of a woman. It can thus be said that women, by looking to Mary, find in her the secret of living their femininity with dignity and of achieving their own advancement” (#46).

In most of the 20 centuries that have elapsed since Mary and her divine Son walked on this earth, most women would have agreed with this statement. During the 20th century, particularly the latter half, another vision of femininity, bearing little or no resemblance to the one personified by Mary of Nazareth, began to influence more and more women. In the Western world, this development may be placing the continued existence of Western civilization in peril.

A glimpse of this alternative vision can be garnered from a former nun who was the first American woman to receive a doctorate in theology. This individual, Mary Daly, is this nation’s best-known feminist theologian and, amazingly enough, continued to teach theology at Boston College for many years after she repudiated her belief in Christianity. A clear indication of this repudiation is given in the following statement: “The Immaculate Conception is the ultimate depiction of (prenatabpwoman-battering, mythical model of incestuous assault. It is the primal rape of the arch-image. Within the mad ill-logic of dogmatic constructs, it is logically prior to the rape of the Virgin that takes place at the ‘Annunciation,’ when the adolescent Mary is told by the Angel Gabriel that she is to be the Mother of God and gives her fictitious assent. To put it in other words, as a consequence of her initial rape (‘grace’), Mary has become totaled, unable to resist divine aggression/lust/rape. At the ‘Annunciation’ then, the already raped Mary ‘consents’ to further rape.”

Fortunately, most women do not subscribe to the extreme views expressed above by Mary Daly. But many women, and far too many men, more or less agree with Daly’s anthropological views. And these views are at total variance with Genesis 1:27 concerning the nature of mankind.

Then as now, opinion makers try to reduce those who testify against Church corruption to resentful reactionaries working out their revenge.

Juvenal: A Pagan & A Prophet of Sorts

At the start of the second century A.D., the Roman satirist Juvenal lashed out against…

His split-mindedness is present at every point, recognized in his clear distinction be­tween “the faith of Catholics” and “my faith.”