Volume > Issue > The Demon of Child Sacrifice & the Valley of Slaughter 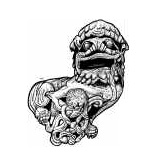 The Demon of Child Sacrifice & the Valley of Slaughter

By Thomas J. Euteneuer | June 2010
The Rev. Thomas J. Euteneuer is president of Virginia-based Human Life International, which has affiliates and partners in 87 countries around the world. A trained exorcist, Fr. Euteneuer has been authorized to perform the ancient rite in several dioceses in the U.S.

Those who are uncomfortable with the thought and talk of demons have a decision to make: Remain in the dark and ignore a basic teaching of the Church regarding spiritual warfare or open your eyes and join the rest of us in the fight against the demons who are working evil in our midst. One such wicked work is the dirty business of abortion. No human activity glorifies Satan and his minions more than abortion.

Abortion is fundamentally a business — a business based on a perverse concept of human rights. Abortion is a commodity cleverly marketed to women under the ideological rubric of “free choice” that draws in huge profits from the deaths of innocents. The abortion industry is a profit-driven, raw killing machine. The enormous amount of cash it generates is the “lifeblood” that perpetuates its existence.

The spiritual dimension of this grisly business, however, is its systematizing of ritual blood sacrifice to the god of child murder who, in the Old Testament, is called Moloch. This demon of child sacrifice appears in many forms and cultures throughout history — Phoenician, Carthaginian, Canaanite, Celtic, Indian, Aztec, and others — but it is always the same bloodthirsty beast that demands the killing of children as a form of worship. This demon seeks public endorsement and ever new expressions of killing to increase its “worship.” In some of the ancient forms of these evil practices, huge drums were beaten beside the places of sacrifice as the rituals proceeded. These drums were used to drown out the screams of the victims who were being sacrificed on the altars.

The practice of child sacrifice was universally condemned as an abomination by the prophets of the Old Testament. Ezekiel said to the people of Israel: “The sons and daughters you had borne me you took and offered as sacrifices to be devoured by them [false gods]! Was it not enough for you to play the harlot? You slaughtered and immolated my children to them, making them pass through fire” (16:20-21). Jeremiah was equally unequivocal in his opposition to this evil: “They have built high places to Baal [Moloch] to immolate their sons in fire as holocausts…such a thing as I never commanded nor spoke of…. Therefore, the days will come when this place will no longer be called Topheth, or the valley of the son of Hinnom, but rather, the valley of Slaughter” (19:5-6). It is interesting to note that the Hebrew word for “valley” is ge, and so the name “Valley of Hinnom” is ge-hinnom, whence we derive the word “Gehenna.”

My friends both left their leadership roles as presidents of UCF and Campus Cru­sade for Christ to be confirmed in the Catholic Church.