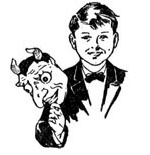 IN A STRANGE & CONFUSING REALM

By Richard E. Gallagher | May 2015
Richard E. Gallagher, M.D., a board-certified psychiatrist, is a Professor of Psychiatry at New York Medical College and is on the faculty of the Columbia University Psychoanalytic Institute. A magna cum laude, Phi Beta Kappa graduate of Princeton University in the classics, Dr. Gallagher went on to train in psychiatry at Yale University. He is the only psychiatrist to have served for a number of years on the governing board of the International Association of Exorcists. Over the past thirty years, he has collaborated with many priests and other clergy in the assessment of individuals being evaluated for possible demonic attack.

Several years ago, I wrote an article for the NOR titled “A Case of Demonic Possession: Among the Many Counterfeits” (March 2008). I understand from the editor that it was one of the most sought-after articles in the magazine’s history. For better or worse, I have seen mention of it on the Internet ever since, frequently reported with minor (and sometimes major) inaccuracies. But such is the medium!

The article told, with her express permission, the dramatic story of “Julia,” an unequivocal case of demonic possession. The name is a pseudonym, and all other identifying personal characteristics were removed, although every detail of her case report was completely accurate. Julia displayed all the classic criteria of possession, including the presumptive demon’s speaking in foreign languages unknown to her and revealing “secrets” she could not have known, as well as a remarkable and highly rare (though hardly unprecedented, even in the modern era) instance of levitation — witnessed by multiple individuals and the two exorcists on hand. A number of health professionals who met with Julia can verify her remarkable history; the chief exorcist himself later publicly corroborated the whole account. When asked by those unfamiliar with the full details and her (completely non-psychotic) psychological background whether her case could be explained by a psychiatric history, I generally respond, “Well, have you heard a mental patient who in a trance can speak perfect Latin? Have you seen one who can levitate?”

As a pro bono “consultant” to the priests (never her physician), I had come to know Julia quite well. She claimed credibly, we believed, to have been a “high priestess” in a Satanic cult, a major factor in her possession, and another subject that arouses tremendous skepticism, albeit reasonably so. Later, when she told me she was dying, she gave me permission to write about her, without revealing her identity, “as a public service to those who should know about these things.” At first I was hesitant; but many fellow professionals and others encouraged me to tell her story, and I came to believe it was ethical and worthwhile in my role as a professor of psychiatry to do so.

My article proposed a typology of what are called “pseudo-possessions.” Recognizing that physicians, and especially psychiatrists, frequently see individuals who mistakenly believe they or someone they know are under some sort of “demonic” or otherwise bizarre or paranoid attack, I listed a number of broad conditions — psychoses, dissociative disorders, etc. — that tend to mislead the overly credulous into suspecting, falsely, that they or a loved one might be “possessed.” I devoted a large part of the article to encouraging these sorts of psychiatric patients to seek out the necessary medical assistance, rather than the “magical” help they sometimes look for as a simplistic solution to their problems. A noted French physician, Dr. Jean Lhermitte, similarly suggested a classification of what he called “pseudo-diabolic” states, “demonopathic dementias,” or “deliria” in a book he wrote on the subject in 1956. The NOR published an admirable review by Stephen J. Kovacs (Jan.-Feb.) of Dr. Lhermitte’s True or False Possession?: How to Distinguish the Demonic from the Demented and solicited my commentary on the subject.

I commend the NOR for once again not shrinking from the complex, controversial, and by now “politically incorrect” (though “Hollywood-obsessed”!) subject of demonic possession. Many individuals, Christian and non-Christian alike, for their own reasons, shy away from this topic or know little or nothing about it. Needless to say, ignorance does not prevent frequent pontification on the matter. The materialist skeptics are particularly vituperative in their doctrinaire rejection of the spiritual world. Often nearly as confused are many clerical or medical commentators who have no direct familiarity with this murky and intricate realm; nowhere is the adage more relevant that a little knowledge can be a dangerous thing than in this arena, where exaggeration, superstition, and fundamentalist attitudes run rampant.

The single impediment to making Jesus Christ’s methods effective is the same one that sometimes neutralized them in his own day — lack of faith.