Volume > Issue > The Church in Crisis 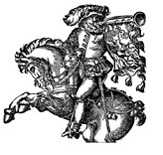 The Church in Crisis

By Kenneth D. Whitehead | February 2003
Kenneth D. Whitehead is the author, among other books, of One, Holy, Catholic, and Apostolic: The Early Church Was the Catholic Church (Ignatius, 2000). This article was originally presented as an address to the Brent Society of the Diocese of Arlington, Virginia, May 29, 2002.

When the Church is in crisis, as she is today, we do not always fully understand what is happening while it is happening. Nor do we see where it is all leading, and how it is all going to turn out. It is thus salutary to look more carefully at how some past crises in the life of the Church unfolded, and how they turned out. Sometimes even the worst of crises end up with the most unexpected of outcomes, and even of benefits.

One such period of the Church in crisis was the full quarter of a century between the outbreak of the French Revolution in 1789 and the Restoration in Europe after the final defeat of Napoleon Bonaparte in 1815.

On August 29, 1799, as the century whose final decade had proved to be so cataclysmic was drawing to a close, a municipal officer in the city of Valence, France, reported to the Directory, the revolutionary government in Paris, the death of an 81-year-old prisoner, an Italian named Giovanni Angelo Braschi, “formerly,” the report to Paris specified, “exercising the profession of pontiff.” Yes, the recently deceased prisoner was none other than Pope Pius VI, who had occupied the Chair of Peter for nearly a quarter of a century, the longest pontificate up to that time since the traditional 25 years attributed to the Apostle Peter himself. How Pius VI came to die a prisoner in France was symptomatic of the state of the Church in those years.

Coming from an aristocratic family, as did virtually all of the popes and bishops of the day, Pope Pius VI was seen at the time of his election as an honest, charming, and cultivated Curia cardinal who could have come right out of central casting to fill the job of pontiff if there had been any central casting in his day. Among his main interests were improving agriculture and draining marshes in the Papal States, and improving the collections of the Vatican Museums. He was a good man and a good pope. Unhappily, though, he had the misfortune of being pope at a time when the French Revolution was in the process of trying to sweep away everything before it in Europe, including, especially, the Catholic religion. Cautious and guarded in the face of the challenge of the Revolution, Pius VI was at first quite reluctant to oppose it too vigorously. After all, the French bishops and clergy were, at least in the beginning, willingly going along with it.

Still, one revolutionary notion was bound to lead to another, and so after the Revolution moved to abolish the feudal tithes which were the Church’s principal means of support at the time, there quickly followed the idea that all of the Church’s property really belonged by right to the whole nation anyway; and hence it was enacted that all of the Church’s lands and property should be nationalized and sold off to provide revenue for the revolutionary government. This was actually the idea of a renegade Catholic bishop, Charles Maurice de Talleyrand, later Napoleon’s foreign minister, serving the restored Louis XVIII in the same capacity after Napoleon’s fall at Waterloo.

How many good Catholics are there in the average parish today? Does the pastor know?…

Bishops in Germany have taken an embarrassingly long time to learn that: "We cannot earn money during the week with what we preach against on Sundays."