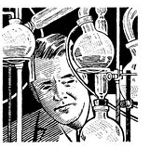 The Cell Declares His Handiwork

A TURNING POINT IN THE EVOLUTION WARS?

By Tom Bethell | July-August 2011
Tom Bethell, a Contributing Editor of the NOR, is the author, most recently, of Questioning Einstein: Is Relativity Necessary? (Vales Lake Publishing, 2009).

The evolution wars continue, although less frequently these days in the headlines. Perhaps that’s because the Darwinists are slowly losing their grip. Most of the new research is at the molecular level, studying the interior of the cell. The findings are not encouraging to those whose philosophy obliges them to believe that organisms assembled themselves, bit by accidental bit. That philosophy is materialism, the belief that matter in motion is all that exists. But the newfound complexity of the cell implies that some higher power must have designed it, and all of life.

On the anti-Darwin side, several books have been published in recent years, among them Michael J. Behe’s The Edge of Evolution: The Search for the Limits of Darwinism (2007) and Stephen C. Meyer’s Signature in the Cell: DNA and the Evidence for Intelligent Design (2009). A new book, The Myth of Junk DNA, by Jonathan Wells, the author of The Politically Incorrect Guide to Darwinism and Intelligent Design, has just come out.

Behe is a professor of biological science at Lehigh University in Pennsylvania, and Meyer directs the Center for Science and Culture at the Discovery Institute in Seattle. Wells, who has two Ph.D.s — one in cell biology and one in theology — is also connected with the Discovery Institute. Discovery has played a major role in funding scientists associated with intelligent design, including the Biologic Institute directed by Douglas Axe. It undertakes original research in molecular biology. Discovery also publicizes the cases of academics who continue to be penalized for questioning Darwinism.

Supporters of intelligent design (ID) agree with creationists that Darwin’s theory of evolution cannot explain the existence of life. But unlike creationists, the advocates of ID rely solely on scientific and logical arguments and do not appeal to religious faith or to Scripture. Darwinists believe that random variation (mutation) and natural selection — the mechanism of evolution that was central to Darwin’s Origin of Species — sufficiently account for every living thing.

Respected scholars have begun to admit that Darwinism is no longer supported by advances in science.

Wishful thinking belongs to the Darwinians and nonbelievers. I've deduced this from their ad hominem attacks and reactions when their "religion" is insulted.

Richard Feynman was one of the great theo­retical physicists of our age. In his hilarious…