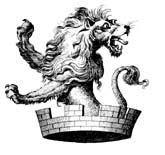 IS IT STILL CATHOLIC?

By Alice von Hildebrand | October 2003
Alice von Hildebrand is Professor Emerita of Philosophy at Hunter College of the City University of New York. She is the author, most recently, of The Soul of a Lion (Ignatius), about her late husband, the Catholic philosopher Dietrich von Hildebrand; The Privilege of Being a Woman (Veritas Press); and By Love Refined (Sophia Institute Press). She frequently appears on Mother Angelica's EWTN. She was born and raised in Belgium. Part I (of this two-part series) ran in our July-August 2003 issue.

He makes this claim in response to a challenge addressed to a charter adopted by the University. The challengers questioned the validity of the views endorsed by professors of the University on some hot issues, such as abortion, euthanasia, in vitro fertilization, and cloning.

Whereas the faculty of medicine at the Flemish branch of the Catholic University of Louvain had declared that it is totally unacceptable that doctors should use their medical skills to take life, Rector Macq declared that “this is not exactly the position of the CUL.” In examining problems of such magnitude, he tells us, it is desirable to consult the whole faculty, and not just the faculty of medicine. After having taken the advice of other faculties (moralists, philosophers, theologians, and jurists), he suggests that a more “nuanced position” is called for. The faculty of medicine has adopted a “radical position,” he says, that other faculties at the University do not endorse.

Rector Macq goes on to say that the basic position of the CUL is to respect the dignity of human life — even the most fragile — and every interruption of pregnancy is a transgression of this principle. But, he says, there are situations of “necessity” which force one to choose between two values. In such cases, it is inevitable that one value should be sacrificed. It is a transgression, but one we cannot escape from in order to avoid a greater evil. In other words, it is a minus malum (one professor called it “a virtuous transgression”).

The Rector proceeds to tell us that in the Gospels too there were conflicts that had to be resolved. Wisely, Macq refrains from giving us concrete examples of cases in which a moral evil is legitimized for the sake of avoiding a greater evil — a pretty hopeless task. To prove his respect for the Gospels, Macq makes use of biblical language (sort of) and reminds us that we live in an “incarnate world.” But the word “incarnate” refers to the Son of God, not the world (the world is incarnate by definition). Macq uses this key Christian concept, “incarnate,” as a captatio benevolentiae (a word used to win our assent), which could persuade many of the validity of his arguments.