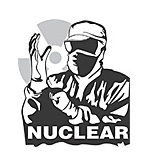 RADIATION SICKNESS IN THE CHURCH

The distinction between sickness and health is usually apparent. But it is not always so. Sometimes outward appearances of health are deceptive, and people who seem to be well may actually be seriously ill. For example, shortly after the atomic bomb fell in Hiroshima, certain inhabitants of the city appeared healthy, but many would eventually die from the hidden effects of radiation sickness.

Some 40 years ago, the Catholic Church in the U.S. was healthy, with almost 170,000 nuns, more than 50,000 priests, more than 10,000 brothers, and more than 40,000 seminarians. Seventy-five percent of the laity attended Sunday Mass, and approximately 150,000 people converted each year. But today, conditions are very different. The Official Catholic Directory for the year 2000 lists only 81,000 nuns, 46,000 priests (with 8,000 listed as retired, sick, or “absent”), less than 6,000 brothers, and only 4,500 seminarians. In my diocese (Wilmington, Delaware), statistics gathered in October 1998 and October 1999 revealed that only 30 percent of registered parishioners attend Sunday Mass. Reports from other dioceses also show typically only 25 to 30 percent attendance.

In light of statistics such as these even the mild-mannered Russell Shaw (for many years an official spokesman for the American bishops) has said that the Catholic Church in the U.S. “may be entering an era of institutional collapse. Nearly every indicator of anything that can be measured and quantified suggests as much.” In contrast to the healthy condition of the Church in 1960, it appears that a serious sickness has struck the spiritual lives of many American Catholics.

Is Francis’s Revised Teaching on the Death Penalty a Development of Doctrine?

The Culture of Life may be advanced by the Holy Father’s innovation, but he has forged an unsettling theological path to take us there.

Unconditional Love — But Not for Your Spouse

When it comes to marriage, liberals throw all that out the window.