Volume > Issue > The Canticles of Genderspirit 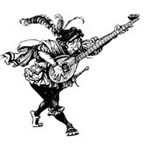 LADY GAGA, MACKLEMORE & THE SEXUAL SELF

By Jason M. Morgan | May 2016
Jason M. Morgan is a Ph.D. candidate in Japanese legal history at the University of Wisconsin-Madison. He recently spent a year in Japan on a Fulbright grant. His writing has been published in Japan Review, Ethika Politika, The College Fix, Education About Asia, Modern Age, Michigan Historical Review, and Human Life Review.

When it comes to popular culture in the U.S., mind-body dualism is all the rage. Many have noticed that Americans, especially young ones, have fallen prey to a St. Vitus’s Dance of the sexual self lately, a strange Dionysian reverie in which one’s gender (socially constructed and historically conditioned, we are told) unsticks from one’s sex (the fleshly Gestalt of our reproductive capacities), leaving one free to pursue any sort of “gender identity” one pleases. Gender is utterly unconditioned by sex.

When pop star David Bowie sang about this sex/gender divergence in his hit song “Rebel, Rebel” (1974), it was wild psychedelia. But when U.S. Supreme Court Justice Anthony Kennedy sprinkled some gender fluidity on his Delphic fire when preparing his Windsor and Obergefell rulings (2013 and 2015, respectively), one couldn’t help but notice that he was merely buckling under to a new, totalitarian orthodoxy about the separation of the body (one’s sex) and the mind (one’s gender).

Every generation goes crazy in its own way, so this latest outburst of sophomoric inanity is not substantially different from, say, the “Take that, Ma” Manicheanism of St. Augustine, the fashionable nihilism savagely lampooned by Dostoyevsky, or Byron’s and Shelley’s caddishness on the road to literary immortality. What unites all of those failed former delusions and the current spate of sexual metempsychosis — in which a kind of Hegelian free-floating gender-breeze I call “Genderspirit” (after the German idealist philosopher’s similarly deterministic Spirit of History) blows through myriad bodies whither it lists — is that they all make war on nature, both human and otherwise. We are made for holiness and for happiness with God, a creatureliness that includes our whole being, both corporeal and spiritual. But eventually the universe acts as a self-correcting mechanism. When something can’t go on forever, it won’t. The gender Hegelians must come back to earth sooner or later. As with all sin, this war on nature is really nothing new.

And yet, there is one way in which the gender heresy is different from many of the other dead ends of human speculation, and that is in its philosophical shabbiness. Manicheanism, nihilism, and rakism — say what you will about their moral consequences — were thought systems hammered out by very smart people who were capable of thinking through at least some of the possible objections to their proposals. Most of the ash-heaped philosophies and creeds of the past were gnostic, yes. As Eric Voegelin pointed out, in order to take, say, Marxism seriously, one must first accept the ipse dixit that begins the train of argument. “Just trust me — everything in history is materially determined,” says the wild-haired German. Some reject it right there. But for those who buy in, the rest follows like ducklings behind their mother. Many heresies and creeds of libertinism, like it or not, take no small amount of intellectual yeoman’s work to overcome. St. Irenaeus could attest to that, as could the participants at the Council of Trent and the popes who battled against modernism.

“Homosexuality” as a Philological Problem

Neither the words “homosexual” or “homosexuality” nor their equivalents in any language known to me existed before the late 19th century.