Volume > Issue > The Big Bucks Behind the Gay Agenda 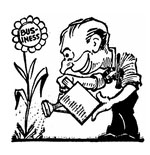 The Big Bucks Behind the Gay Agenda

By F. Douglas Kneibert | October 2012
F. Douglas Kneibert, a retired newspaper editor and a convert from Protestantism, is a former vice chairman of the board of directors of the Vitae Foundation, which uses the mass media to promote a culture of life.

As was the case in the two world wars of the twentieth century, the current culture war is being fought on several fronts. This year a new front opened up that we never thought we’d see in America — the religious freedom front, where the combatants are the Catholic Church and the federal government.

The “culture war” can be variously defined depending in part on one’s perspective and priorities, and the word culture is rich with meaning. One definition speaks of the development of “the intellectual and moral faculties,” and the “integrated pattern of human knowledge, belief and behavior” that defines a civilization. This gives us some insight into what the culture war is all about.

To progressives on the left, it’s not a war at all but simply an inevitable evolutionary process that is encountering opposition from the paranoid forces of reaction. To traditionalists on the right, however, it’s a multifaceted assault on the very foundations of society.

Bl. John Paul II didn’t use the expression, but he defined the stakes in the culture war with his customary precision in his 1994 book Crossing the Threshold of Hope. “Against the spirit of the world,” the Holy Father wrote, “the Church takes up anew each day a struggle that is none other than the struggle for the world’s soul.”

Sodom & the City of God

Though the way to sanctity is hard and I may stumble ten thousand times before I reach the top, it is the only road for me.

"Diversity is the hallmark of our nation. It is increasingly evident that our diversity includes differences in sexual orientation."

When Catholic moral theology and LGBT "rights" collide, one must give way. How will this play out under the "inclusive" bishop of San Diego?