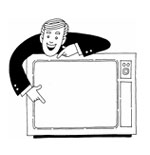 The Birth-Control Box in the Living Room

One of pop philosophy’s favorite questions is whether life imitates art, or vice versa. Daniel Bell, in The Cultural Contradictions of Capitalism (1976), weighed in on the topic when he wrote, “What is played out in the imagination of the artist foreshadows, however dimly, the social reality of tomorrow.”

A “pioneering study” published in 2008 by Eliana La Ferrara of Bocconi University in Milan, Italy, gave credence to Bell’s assertion. As explained by Fred Pearce in the Fall 2013 issue of Conservation, a quarterly “green” science magazine (and reprinted in the Summer 2014 Utne Reader), La Ferrara’s study looked at the “impact of the slow geographical spread” of programming produced by Rede Globo, a television network that for decades had a “near monopoly” on the telenovelas (soap operas) broadcast in Brazil. La Ferrara found that in over a hundred Brazilian telenovelas from the 1970s to the 1990s, 72 percent of the female characters under 50 years of age had no children, and 21 percent had only one child. Needless to say, this did not reflect the reality of Brazilian life: The average woman had five children. But a peculiar thing happened: “As the soaps reached each region and as the majority of the population tuned in, there was a discernible, additional fall in fertility.” La Ferrara and her team determined that the telenovelas “were responsible for an average 6-percent fall in fertility overall and an 11-percent drop among women over 35.” Today, the Brazilian fertility rate is down to 1.8 children — lower even than that of the U.S. In this case, at least, it appears that life did imitate art.

Though the link between the idealized families in Brazilian soaps and the fertility rate of the country at large might seem tenuous, there is, farther north, “a history of using soap operas to cut fertility,” Pearce writes. In Mexico in the 1970s, the average woman had five or six children. Miguel Sabido, then-president of Televisa, Mexico’s national TV network, developed a soap-opera format designed to effect social change. In what would become known as the “Sabido Method,” viewers are encouraged to identify with a “transitional character” whose personal ethical dilemmas involving a major social issue drive the story. Sabido’s first offering, Acompáñame, focused on an impoverished woman living in a crime-ridden slum who uses artificial contraception to limit her family size in order to break out of the cycle of poverty. While some have likened the Sabido Method to “crude social engineering,” the Population Media Center (PMC) lauds it as “a highly successful and proven mass media instrument” that excels at “raising awareness among large numbers of people about critical issues,” such as “the benefits of smaller families,” and motivating audiences to “adopt new behaviors.”

Justice Ginsburg, a powerful abortion advocate, has been working for 20 years to reduce those populations she doesn't "want to have too many of."

Besides being a divisive medium, TV is also a destabilizing medium, a revolutionary medium, and thus a medium not very receptive to traditional values.