Volume > Issue > Everyone Knows That! 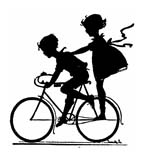 By Raymond W. Belair | December 2008
Raymond W. Belair, senior founding partner of the law firm of Belair & Evans, LLP, has practiced law in New York City for over 30 years. He is a doctoral candidate at the Graduate Theological Foundation in South Bend, Indiana.

On a mild Sunday in early October, I was reminded at Mass that it was Respect Life Sunday. On this day, “life chains” are organized as people stand along the sides of roadways, typically near their local churches, holding placards proclaiming the sanctity of human life to oncoming motorists. In one formulation or another, the message is conveyed that since life is worth living it is also worth saving. Our parish is not situated on a roadway appropriate for this exercise, so I chose to attend a life chain at a neighboring parish situated on the main thoroughfare in the area.

Arriving slightly late, I found a full selection of placards still available and selected one with the most direct message: “Abortion Kills Children!” I then took up position at one end of the line, 50 yards away from the nearest colleague. Some young children, who apparently came with their parents, were riding around on their bikes, offering us donuts.

Things were uneventful. As the traffic light changed at the corner by the church, cars would drive toward us and our signs would go up. After they passed, the opposite lane of traffic was given a view.

After a while, a friend of mine pulled his car over and got out to chat. As he was doing so, I noticed a woman peering over the top of my sign. She snapped a picture of me with a camera. My friend speculated that she was from the local newspaper, but the woman (I will call her “Abby”) made it clear that she was not. Rather, she said she wanted to get a picture “of an a- -hole who’s stupid enough to hold such a sign,” so she could share it on the Internet with her buddies. She took our presence as a personal harassment, since she was the regional director of the Northeast Abortion Polycentric Institute (a pseudonym) and lived close by. She concluded that we were there because of her. In any event, I was stupid, my sign was stupid, my bow tie was stupid, anyone involved in the life chain was stupid, and we were doing this in her “backyard,” she informed me.

The pro-life movement has enjoyed some happy victories recently, but abortion remains a legal, political, and cultural mainstay in America. The U.S. is aborting and contracepting itself into oblivion.