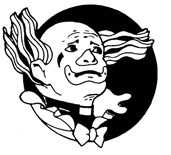 Once in a great while we’ve been able to present an editorial that lives on and on in our readers’ memories. One such was our September 1995 editorial titled “Down the Old Schism Trail.” There we critiqued an initiative undertaken by Archbishop Rembert Weakland and some 40 other U.S. bishops — the “Gang of 40,” as one of our correspondents characterized them — which struck out against Pope John Paul II’s leadership of the Church and called for sweeping reforms which would take the Church in the direction of Anglicanism, and which therefore raised the specter of schism. Much to our surprise, to this day we have not stopped receiving cheers for that editorial.

Curiously, Archbishop Weakland subsequently became a member of the steering committee of the Common Ground Initiative, whose ostensible purpose is to avert schism, but whose solution to the divisions in the Church — namely, more dialogue — would only serve to legitimize dissenting and schismatic tendencies (see our Jan.-Feb. 1997 editoriab~

Now, in the cover article in the June 7th America, Weakland, the Common Grounder in search of harmony and unity, blasts the Pope — the “foundation of…unity” according to Vatican II — for his decision in 1984 to grant an indult allowing the return of the previously banned Tridentine Latin Mass, and for his 1988 motu proprio which called for bishops to be more generous in allowing Tridentine Masses in their dioceses. Weakland confesses that his liturgical ideals were “shattered” by the Pope, and states that “a whole new battle” centered around the liturgy has begun. Reinforcing the Pope’s actions, Cardinal Ratzinger, in his recently released memoirs, strongly criticized the new (Novus Ordo) Mass, which was introduced in 1970. Ratzinger’s weighty words seem to have moved Weakland to strike out against the Pope again.

Liturgical Reform Did Not Start with Vatican II

The history of liturgical reform that led to the promulgation of the New Mass predated Vatican II by several decades.

Pope Benedict XVI Is Ambivalent About the Second Vatican Council

The Pope says that he was "too timid" in the period immediately after Vatican II in challenging avant-garde theological positions.