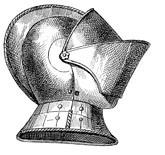 By Thomas Storck | April 2000
Thomas Storck, who writes from Greenbelt, Maryland, is a Contributing Editor of the NOR and the author of The Catholic Milieu and Foundations of a Catholic Political Order.

In the first letter of C.S. Lewis’s Screwtape Letters, the devil Screwtape remarks to his nephew Wormwood on one of the differences between 20th-century man and men of earlier centuries. In the past “humans still knew pretty well when a thing was proved and when it was not; and if it was proved they really believed it. They…were prepared to alter their way of life as the result of a chain of reasoning. But what with the weekly press and other such weapons, we have largely altered that.”

Today people want to be convinced by being shown, not by having complicated arguments presented to them. And this is doubtless true of the subject of this article: the feasibility, even the benefits, of using Latin as a living language again. For the common assumption is that Latin died with the Romans a long time ago, or, if anyone still speaks it, it must be a few elderly men in the Vatican — a dying breed, as even the Church seldom uses that language. It’s only kept up as a kind of memory of the past, but in a decade or so even that memory will be gone.

In order to refute such an assessment, instead of making arguments about the benefits of having a universal language, or about our being united in thought and speech with our brethren of the past — instead of trying to convince people by means of such “a chain of reasoning” — I will show them by pointing to a remarkable gathering in July 1999 in North Palm Beach, Florida. For there, around 35 men, women, and children from the U.S., Mexico, Colombia, Brazil, Austria, France, Costa Rica, and the Dominican Republic spent a week studying, worshiping, and, yes, talking to one another over dinner, even joking and arguing, all in the Latin language. This event is the Cenaculum of the Familia Sancti Hieronymi, the Family of St. Jerome.

The Familia is an association within the Catholic Church dedicated to extending the use of Latin as a spoken, living language, not just for liturgical use, but in academics and even as a common language for ordinary purposes. I say “extending” rather than “reviving,” for in reality Latin has always been a living language, ever since its beginnings in the ancient world. Though admittedly the number of its speakers declined over the centuries, and especially in the past forty or fifty years, there nonetheless exists an unbroken line of Latin speakers from the days of ancient Rome to today, and, moreover, these Latin speakers seem more than lively and not about to keel over and die.

Liturgical Reform Did Not Start with Vatican II

The history of liturgical reform that led to the promulgation of the New Mass predated Vatican II by several decades.

Monsignor Guido Marini, the Vatican’s chief liturgist, recently endorsed calls for a “reform of the…

The 'Signs of the Times' Have Passed Them By

Traditional Catholics know which way the wind is blowing. How brutal for the Vatican II-niks! The "signs of the times" have passed them by.