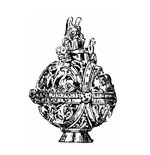 There is a lot of speculation in Catholic circles regarding the impending motu proprio of Pope Benedict XVI, which, we hope, will free the Traditional Latin Mass. Liberal Catholics seem to be set against this return to the Ancient Liturgy, especially among the clergy, most notably among the French and German bishops. For my part, I earnestly pray that the Tridentine Latin Mass will at the very least become more accessible to the faithful, because at present, it is only available in scattered indult parishes, and in the chapels of the controversial Society of St. Pius X. The reason for a return to the Tridentine Latin Mass is simple — it is the rightful liturgy of the Latin Rite of the Church and more clearly affirms the truths of the Catholic Faith than the current Novus Ordo Missae. And yet, this simple reason becomes a very complex issue.

I came to the Roman Catholic faith via Anglo-Catholicism, that branch of Anglicanism which holds a very high view of Catholic devotional and liturgical practices, but which nevertheless has its own character that is distinct from the Roman Catholic Church. It is very rich in practice and worship, liturgically speaking. But Anglicanism was born of schism with the Holy Roman Church, a fact that renders the practice of Anglo-Catholicism invalid in relation to the Mass, and unfruitful for the work of sanctification. When at last I decided to convert to the Roman Catholic faith, it was confusing to see that the Mass, as most commonly celebrated in the Roman Church today, lacks so much when compared to the Anglo-Catholic Masses to which I had become accustomed. This was compounded by the often murky teachings of the Second Vatican Council. I soon came to realize that, since the schism of the English Church, its rightful Mother, the Church of Rome, had changed drastically.

This is not to say that the Roman Catholic Church has truly changed in regards to faith and morals, but Vatican II had introduced some lamentable ideas into the Church, which modernists and liberals have exploited. The Mass that was codified by Pope St. Pius V at the Council of Trent was replaced by the Novus Ordo Missae. That Mass, commonly called the Tridentine Mass, the Mass of Pope Pius V, and the Mass of the Ages, had developed over many hundreds of years. The Novus Ordo Mass, on the other hand, was devised in 1967, in part by a group that included Protestant ministers. It should be noted, however, that Pope Paul VI never intended the New Mass to replace the Tridentine Mass; the Tridentine Mass is approved for use by the Holy See, but most bishops disapprove of its celebration in their dioceses.

Why make such a big deal out this? Well, the new Mass does not meet the standard of catechesis that the Tridentine Mass does, and the sacrificial character of the Mass has been largely removed — the Mass is now most commonly thought of by the faithful as a eucharistic meal, whereas forty years ago, it was always referred to as the Holy Sacrifice of the Mass.

Is There Such a Thing as "Mere Christianity"?

Implicit in the 'mere Christianity' notion is a denial of the supreme importance of the Catholic faith as the complete revelation of God.