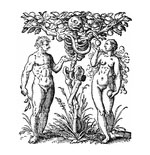 WHAT IS IT & HOW TO OVERCOME IT

By Paul Kokoski | April 2011
Paul Kokoski holds a B.A. in philosophy from McMaster University in Hamilton, Ontario. His articles have been published in several Catholic journals, including Homiletic & Pastoral Review, Catholic Insight, and Challenge Magazine.

In the account of our Lord’s temptation in the desert, St. Luke tells us that, after receiving baptism from John, “Jesus, full of the Holy Spirit, returned from the Jordan, and was led by the Spirit for forty days in the wilderness, tempted by the devil” (4:1-2). There is a clear insistence here that the temptations were not just an incident on the way, but were the consequence of Jesus’ decision to carry out the mission entrusted to Him by the Father to live to the very end His reality as the beloved Son. Christ came into this world to set us free from sin and from the ambiguous fascination of planning our life without God. He did not do so with loud proclamations but by fighting the Tempter himself, until the cross.

Temptation can be defined as a solicitation to evil by our spiritual enemies: the world, the flesh, and the Devil. It occurs when certain values previously acknowledged and embraced are put into question either in passing doubt or prolonged uncertainty. God does not tempt us directly but allows us to be tempted while providing us with all the graces necessary to resist evil: “God is faithful. He will not let you be tested beyond your strength. Along with the test he will give you a way out of it so that you may be able to endure it” (1 Cor. 10:13).

In His wisdom, God ordained things this way for excellent reasons. First, He wanted us to merit Heaven as a reward. He even wills that the recompense be in proportion to the merit and hence in proportion to the obstacle overcome. Second, He allows temptation as a means of our purification. Temptation reminds us that we have fallen in the past through lack of diligence and effort. It thus becomes for us an occasion for new acts of contrition and humility, which make for the purification of the soul.

According to St. Augustine, there are three different phases of temptation: suggestion, pleasure, and consent. Suggestion is the proposal of some evil to our mind or imagination. No matter how alluring the representation may be, it does not constitute a sin, so long as we have not provoked it and do not consent to it. Pleasure is what follows the suggestion. “Many a time it happens,” says St. Francis de Sales in Introduction to the Devout Life, “that the inferior part of the soul takes pleasure in the temptation, without there having been consent, nay against the soul’s superior part. This is the warfare which the Apostle St. Paul describes when he says his flesh wars against his spirit.”

If the will fights the temptation and repels it, it has scored a victory and performed a highly meritorious act. If, on the other hand, the will delights in the pleasure, consents to it, and willingly enjoys it, despite the protest of conscience, sin is committed. We can judge that no consent has been given if we feel disgust at being tempted and are cognizant of trying to overcome it. If, on the contrary, we recognize the temptation for what it is, yet do not repulse it as soon as it appears, we have committed a venial fault against prudence.

Wormwood’s younger cousin, Lackluster, has received an unprecedented appointment for so young a demon.

In our "fallen" world it is often easier to commit sin than to practice virtue, and self-indulgence is more attractive than self-denial.

The New Rite of Exorcism: A Potent Weapon Is Weakened

The 1614 ritual is about freeing those obsessed by demons; the 1999 revision is about prayers and supplications.