Volume > Issue > My (Somewhat Crooked) Path to the Monastery 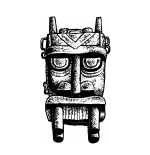 CALL OF THE WILD

By Abbot Joseph | March 2010
Abbot Joseph, a monk for twenty-seven years, has for the past ten been the superior of Holy Transfiguration Monastery in Redwood Valley, California, a Byzantine-rite monastery of the Ukrainian Catholic Church. He is the author of two books, Joy Comes With Dawn: Reflections on Scripture and Life and How Lovely Is Your Dwelling Place: Lifting the Veils on the Presence of God and edited and provided commentary for Prepare for the Kingdom: A Journal of Hope in the Face of Death by Laura Grossman. He blogs regularly on Scripture and the spiritual life at http://wordincarnate.wordpress.com.

To try to tell a vocation story is a unique effort, for no two stories are quite alike. One thing this tells us is that God calls us as unique individuals, and that each of us has a place in His great divine plan that is meant precisely and only for the one He has chosen for it. The Lord created me in mid-October 1957, and I was born about nine months later. That is where the story of my life begins.

I was baptized in the Ukrainian Catholic Church, and raised in central New York State. My childhood was mostly unremarkable — for which I’m grateful, because that means I wasn’t subjected to abuse, the effects of divorce, or many of the other things that can severely handicap a child’s normal development. But I was not one of those kids whose vocation was obvious early on. As an infant I didn’t refuse the breast on fast days (as did St. Nicholas, according to legend), nor did I “play priest” as a child or even think about religious life. In fact, I later found out, I was considered by teachers and parish staff as one of those “anyone but him” prospects for a vocation.

In my adolescence I went, for the most part, the usual “way of the world,” which drew me further from God. I still went to church, but I drifted toward the post-Vatican II guitar Masses and the like — they seemed more intelligible and relevant than the ancient Byzantine liturgy to a cool guy like me — but after that I simply drifted. My usual devotional practice was to go to one of the local Roman Catholic parishes for the Saturday vigil Mass, stand in the back and talk to my friends, genuflect devoutly at the consecration, leave without receiving Communion, and then enjoy my Saturday night out. In 1979, having had enough of living at home and working in the family business, I decided to find my “freedom.” I moved to Orlando, Florida, and stopped going to church. And that is where my vocation story begins in earnest.

But let’s back up one year. It was in 1978, and I found myself in JFK Airport, New York City. I was a mess. I had just returned from bumming around Europe for several months with a couple of friends. My trip had to be cut short because my girlfriend broke up with me during a long-distance phone call from Amsterdam to Auburn, and my godfather suddenly died of a heart attack at age 40. The computers broke down at Heathrow Airport in London and they couldn’t book my connecting flight from New York to Syracuse. I had to get a standby ticket in JFK. All flights were booked.

Although Waugh's opinions on almost every subject, including religion, appalled him, Galbraith could not stop himself from loving Waugh's style.