Volume > Issue > Subsidiarity of the Body 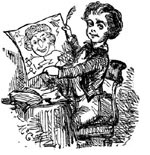 Subsidiarity of the Body

PERCEIVING THE FACE OF THE OTHER

By Jason M. Morgan | January-February 2023
Jason M. Morgan, a Contributing Editor of the NOR, teaches history, language, and philosophy at Reitaku University in Kashiwa, Japan. He is the author, most recently, of Law and Society in Imperial Japan: Suehiro Izutarō and the Search for Equity (Cambria Press, 2020).

Pope St. John Paul II’s “theology of the body” — explicated during his Wednesday addresses over a period of five years in the late 1970s and early 1980s — is an inspired response to the depredations of the sexual revolution. At a time when abortion, contraception, divorce, fornication, and euthanasia were finding increasing acceptance in societies worldwide, the Holy Father, a philosopher by training, turned to a consideration of what might be called the phenomenological meaning of the human person. The culture of death — John Paul’s term for the overall denial of the worth of the human being in service to false gods such as convenience, radical autonomy, and monetary gain — was to be met by a celebration of the physical substrate of human life’s participating in the holiness of its Creator.

If there is one sentence that sums up the theology of the body, it is this: “The body is the temple of the Holy Ghost” (1 Cor. 6:19). Christians from age to age have been taught to remember that, as the same verse admonishes, “you are not your own.” John Paul reclaimed this ancient wisdom in a new way, reminding us of the tension between the body and the spirit, between the flesh and the soul. The overarching lesson of the theology of the body is that the human form is an aspect of the human person, that bone and tissue are the seat of the divine in man. And so, the body is to be honored as such and never placed above this much larger meaning of what it is to be human. One must never objectify that which is infused with the breath of God.

The human body, in its masculinity and femininity, John Paul taught, is a “sacramental sign.” Our hearts must be kept pure so that our soul and our body together may be consecrated to the vocation to which God has called us. The body, although it will be resurrected in glory, is a subaltern of the spirit. God desires pure hearts, and pure hearts keep pure bodies, but it is always the spirit that leads. The gentle irony of the theology of the body is that the soul, not the body, is supreme.

The theology of the body is among the most beautiful and transformative of all Christian investigations into the nature of God’s creation. It is also among the most needful. So many people today suffer for lack of knowing what their body is for. I was among those wandering in darkness until I encountered John Paul’s teachings. Treating others with respect begins with loving them as whole persons, desiring that they reach Heaven in purity and truth. This is impossible until we realize that the human soul is God’s masterpiece, and the human body is the setting for the jewel. When we interact with others, we must see their eternal soul and honor their bodies as vessels for that awesome prize. To commit sins of the flesh is to tell lies with the body, and to do that is to bring ruin to the soul.

The Commission That Couldn't Shoot Straight

Critics of Pope Pius XII's actions during the Holocaust put the Vatican in a position where it has to prove its innocence against every allegation.

Pius XII spoke out on many issues of moral concern and of public policy. He was a highly respected 20th-century Church leader.