Volume > Issue > An Epilogue for the Disappointed 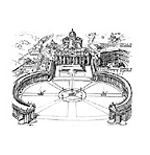 By Howard P. Kainz | April 2013
Howard P. Kainz is Professor Emeritus of Philosophy at Marquette University and a former executive coun­cil­­member of the American Catholic Philosophical Association. A widely published author, his most recent book is The Existence of God and the Faith-Instinct (Susquehanna University Press, 2010). His website is http://academic.mu.edu/phil/kainzh.

I certainly agree with John Martin about the overarching importance of Fatima during the twentieth century. It was an extraordinary intervention by the Mother of God, warning the faithful of impending threats and offering the means to obviate or mitigate those threats. The late theologian and physicist Fr. Stanley L. Jaki also agreed. He traveled to Portugal to undertake a thorough scientific investigation of eyewitness accounts and depositions regarding the “miracle of the sun,” resulting in a massively researched book, God and the Sun at Fatima (1999). He concludes that Fatima is arguably the most important event of the twentieth century, a providential sign for an era that was to witness so many incredible acts of inhumanity and immorality.

Martin summarizes some of the detective-like sleuthing carried out by Fr. Nicholas Gruner and his associates at the Fatima Center, who are concerned that Catholics, and the Vatican in particular, have fallen far short of fulfilling Our Lady’s requests. One glaring fault, in their opinion, is the alleged truncating of the third secret when the contents of the revelations were revealed by Pope John Paul II on June 26, 2000, and the omission of a veritable “fourth secret” that was supposedly withheld from the public. As Martin mentions, Fr. Gruner and his cohort believe that “the third secret spoke of apocalyptic horrors and high-level apostasy in Rome itself.” So they have concluded that it was in the interest of the Roman hierarchy to keep this part of the secret out of publication. It was, says Martin, “not exactly the kind of thing one wants spicing up the conversation.”

Another, perhaps even more glaring fault, they allege, is the failure of John Paul II, after soliciting the cooperation of the bishops of the world to make the requested consecration on March 25, 1984, to use the correct wording. The Pope did not mention Russia by name, but only in a diplomatic circumlocution that would be understood by the participating bishops and those familiar with the Fatima message, but would not arouse the ire of the belligerent U.S.S.R. The Pope presumably wished to avoid contributing to heightened persecution and martyrdom of Catholics behind the Iron Curtain at that time, especially in his native Poland, where the Solidarity movement was being threatened with destruction by Soviet forces.

I have discussed both of these allegations, and the evidence proffered by the Fatimists for them, in my November 2011 NOR article, “On Fatima & the Private Interpretation of Private Revelation.” I have no new insights or rebuttals to add, nor have I come across evidence since then that would cause me to revise my position.

“Diabolic Disorientation” in the Church

Every warning consisting of lethal consequences issued by Mary at Fatima continues to fall into place precisely as foretold.

Capitalism and socialism begin with a practical materialism that elevates things over man or, worse, reduces man to a thing.