Volume > Issue > St. Faustina as a Doctor of the Church 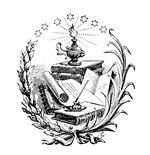 St. Faustina as a Doctor of the Church

At the dawn of the 21st century, Sr. Mary Faustina Kowalska, the “divine mercy nun,” was canonized as the first saint of our era — a remarkable commentary on a young woman who had died a little over 60 years earlier, in 1938. Her cause was methodically advanced by the intervention of Karol Wojtyla who, as Pope John Paul II, authored an encyclical, Dives in Misericordia (1980), in which he identified the theme of divine mercy as the major preoccupation of his papacy.

Her canonization is a clear reaffirmation of her personal sanctity, influenced by her dedicated prayer life and her frequent conversations with Jesus and Mary. Her confessor instructed her to place her thoughts and experiences in a diary, which eventually ran to over 600 pages. Her admonitions have led to the universal establishment of Divine Mercy Sunday, a chaplet, a religious evocation of powerful intensity (“Jesus, I trust in you”), and also a graphic picture of Jesus Christ. Taken together, they constitute a remarkable body of pious work.

It is now time to consider granting St. Faustina the rare title of “Doctor of the Church,” which would be the first such designation in the 21st century. The Catholic Church has granted that distinction to only 33 men and women in her long history. Generally, there are three criteria used in naming a Doctor of the Church:

1. holiness that is truly outstanding, even among saints;

2. depth of doctrinal insight; and

3. an extensive body of writings which the Church can recommend as part of the authentic and life-giving Catholic tradition.

The 33 Doctors of the Church include such well-known figures as St. Augustine, St. Thomas Aquinas, St. Teresa of Avila, St. John of the Cross, and St. Thérèse of Lisieux, who was proclaimed a Doctor by John Paul II on October 19, 1997. St. Catherine of Siena is the only other woman on the list. Some of the other Doctors are actually little known even to many educated Catholics: St. Ephraem, St. Bede (“the Venerable Bede”), and St. Lawrence of Brindisi.

The Urgency of Timeless Questions

Review of At the Center of the Human Drama: The Philosophical Anthropology of Karol Wojtyla