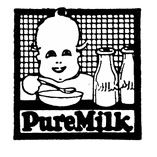 Each year I look forward to the lectures I give on the life and work of Ignazio Silone — and espe­cially, on the significance of his singularly affecting novel, Bread and Wine. As I take up that book, yet again, I often think of Dorothy Day holding it in her hands. She loved Silone’s writing, and stood in awe of his brave, complex, utterly honorable life. In the 1950s, when I was a medical student and did volunteer work at a Catholic Worker “hospitality house,” I was always on the lookout for writing that would take me away from technical, scientific writings that were, anyway, hard for me to com­prehend. Again and again, in talking with Dorothy Day, I heard Silone mentioned, his complex and decent and visionary life paid respect, his wonder­fully spirited and compassionate writing celebrated. “I would lend you my copy,” Dorothy Day told me, referring to Bread and Wine, but she just couldn’t part with it, she explained with embarrass­ment: “I keep thumbing through pages. It’s one of those books that keeps coming back to you!” I would learn, eventually, which books prompted her to such possessiveness: Tolstoy’s and Dostoyev­sky’s novels, one or two of Dickens’s.

Several times she gave a few of us her modest but thoughtful and knowing expositions of Silone’s life — in itself the stuff of a 20th-century novel. He was born in Italy (1900), the son of a peasant. His mother was a weaver. Even as a child he was sensi­tive to injustice — the power the rich exerted on the poor. In 1915 he witnessed the devastating consequences of an earthquake — 50,000 people killed in eight seconds. He could never banish the memories of the local bishop quickly leaving the area of devastation, the memories of food being de­nied some, hoarded by others. He had, of course, been reared in the Catholic Church, but now began to see its not rare intimacy with corrupt, if not evil, “principalities and powers.” That image — of a fancy prelate beating a safe retreat, while thou­sands of his flock lay dead, with thousands of oth­ers homeless, starving, and in full despair — haunt­ed him throughout his life: a scandal, and a continuing aspect of Christ’s suffering. In 1944 he would write: “In the sacred history of man on earth, it is still, alas, Good Friday.”

But before Silone would embrace such im­ages, he would try to forsake religion altogether, and become a passionate, self-sacrificing Marxist revolutionary. As such he had to abandon his given name, Secondo Tranquillia, in favor of Ignazio Si­lone — the latter of the two pseudonyms chosen as a gesture of respect of O. Pompaldius Silo, a rebel of ancient Rome who fought on behalf of the dis­enfranchised. All during his own life Ignazio Silone struggled on behalf of our century’s disenfranchis­ed — the vulnerable and hurt people (the cafoni) he knew so well.

The cultivation of leisure, friendship, good cooking, and delightful storytelling are never learned if everyone is too busy or too lazy to be host or guest.