Volume > Issue > Schall Above All 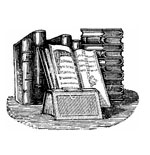 Readers of the NOR are doubtless familiar with the work of the late, great James V. Schall, S.J., Catholic essayist supreme and frequent contributor to the NOR and seemingly every other Catholic publication of consequence before his passing this past April. Fortunately for those of us who were unable to keep up with the amazingly prolific Schall, he was in the habit of selecting his essays on related topics, linking or reworking them into a more coherent whole, and publishing the result as a monograph on a particular topic. Two of his more recent collections are Catholicism and Intelligence and A Line Through the Human Heart. Both are vintage Schall: erudite, concise, and insightful. Moreover, by focusing on topics such as philosophical realism and the complementarity of faith and reason, as well as the reality of sin and its just punishments, these books are traditionally Catholic and distinctly countercultural.

Both Catholicism and Intelligence and A Line Through the Human Heart share some important elements. As noted above, each is a collection of previously published essays, revised and updated to form individual chapters that are short and readable — readable here not meant as a synonym for superficial. Both books begin with a series of apposite quotations from some of Schall’s favorite thinkers — Plato, Aristotle, Augustine, Johnson, Chesterton, Pieper, Lewis, and Solzhenitsyn — which set the tone. Both books presuppose that there exists such a thing as Truth, which human reason can apprehend, and acknowledge that Catholicism is one of the defenders of this great and noble tradition. Both books also stress the reality and vital importance of human freedom and free will, despite the fact that they will be misused in error and sin.

Catholicism and Intelligence is an exploration of the role reason and philosophy play in the Catholic faith. Spoiler alert: Fr. Schall lets his readers know from the beginning that “Catholicism and intelligence belong together,” and the fact that many people consider things like truth, reason, and the existence of a real world as controversial ideas is a sign of how bad things have gotten. The classical definition of truth is “the conformity of mind and reality,” which makes madness “living in a thought world that [does] not conform to the real world.” The Catholic faith has always accepted these definitions and insisted that reason and revelation are coherent and non-contradictory. These ideas are at the core of what Fr. Schall defines as “Catholic intelligence,” which he regards as being set in unalterable opposition to any movement or philosophy that does not look at what is but instead chooses either to deny the power of human reason or ignore what is so as to focus instead on what ought to be.

The faith has long struggled against skepticism and ideology, but never have things been as bad as they are now. We live in a world dominated by individuals who are unable to accept the world as it is and instead want to redefine reality according to their own desires. When these ideologues attempt the seemingly good aim of eliminating evils such as poverty, death, social inequality, or damage to the earth, they wind up offering counterfeit versions of the Catholic faith, promising their followers all the benefits of the faith without requiring of them the work necessary to handle these problems properly. Small wonder that, in an age defined by an embrace of madness, Catholic intelligence ends up hated and rejected.

In contrast to bad philosophy and ideology, Fr. Schall holds up the example of our Lord and reminds us that He was neither a philosopher nor a revolutionary, though He could have been either. Unlike Plato or Spartacus, Jesus, more than anything, focused on the salvation of souls. Of course, if the true problems of the world lie in the disorder of our souls, this was the most important thing He could do. Nevertheless, Schall regards Jesus as a good “commonsense” philosopher and considers how important the discipline of philosophy has been to the Catholic faith. Catholic clergy, for example, are about the only clergy of any religion to be given systematic training in philosophy as part of their clerical formation. Islam and Judaism, by contrast, lend themselves more to the creation of law codes, so their clergy wind up trained more as lawyers and scholars. For Schall, one of the most important moments in early Christianity was not its learning to react to other religions but its learning to react to the discipline of philosophy, which is one reason why he believes Christianity first developed in the Greek-speaking portion of the Roman Empire.

For all his traditionalism, Fr. Schall is not afraid to advance some controversial ideas. He admires Islam for its resistance to the evils of modernity but criticizes its rejection of philosophy. He pleads for people to consider Islam accurately and honestly, which means, among other things, acknowledging that aggressiveness and militancy are not deformations of Islam but integral parts of it. Schall also has some interesting critiques of the modern shibboleth of “sustainability,” noting the philosophical problems and even totalitarian impulses lying beneath it. Lastly, he reminds our era, which is risk-averse and thus loves peace, that sometimes truth is found through opposition and conflict. As such, we should not regard adversity and disagreement as something to be shunned. In the end, Schall concludes that “the greatest service we can offer our neighbor is to tell him the truth.”

A Line Through the Human Heart is a broad work, centered on free will. To Fr. Schall, free will is one of God’s greatest gifts, but one we inevitably misuse, resulting in sin. Sin is not a popular idea these days, and much of the modern world is built on efforts to minimize or deny this truth. Unfortunately, notes Schall, those who wish to “liberate” us from the idea of sin by stressing ideologies such as determinism usually wind up making things worse, creating a worldview that offers less forgiveness and pity than does Catholicism. Schall also reminds us that God is not going to spoon-feed us — He does His part but expects us to make use of the intelligence and free will He gave us to figure out many things on our own, particularly about the natural world.

Despite its short length, A Line Through the Human Heart examines sin in a surprising number of ways. No consideration of sin would be complete without an examination of Original Sin, which, for Schall, like Chesterton, is one of the most obvious and empirically verifiable of Christian teachings. Schall also considers the perennial problem of the conflict between God’s justice and His mercy. To a contemporary age prone to moralistic therapeutic deism (which assumes that since God is loving and merciful, He’ll forgive everything) or a “crossless Christianity” that waters down sin and redemption for fear of offending and alienating people, Schall is at pains to remind that we do not worship Santa Claus. Sin is very real, with significant consequences, and God’s forgiveness and mercy are not automatic. Rather, mercy and forgiveness depend on our recognizing sin, acknowledging that we have committed it, and asking for forgiveness. Repentance is critical; all too often we forget the reality of Purgatory, which exists to address those lingering sins for which we have been forgiven but for which we still need to repent. Moreover, while it is true that God will forgive and forget our sins once we have done all this, He will not wipe away sin’s consequences — another reason to take sin more seriously.

Schall identifies the danger of over-reliance on the “deadly virtue” of compassion, which our society seems to love so much, in our discussions of sin. On the one hand, compassion is by definition an emotional response, making it a bad basis for philosophical considerations. On the other hand, being compassionate doesn’t mean we should lessen the reality of sin. Furthermore, the very idea of sin is anathema to modernity and a source of scandal. It is difficult for those living in a world of radical individualism to acknowledge and humbly accept that there is nothing we can do on our own to fix sin and its consequences — we need Christ for that. Ignoring the reality of sin, moderns would rather go about seeking scientific and political solutions to the human condition, trying endlessly and fruitlessly to “improve” humanity while offering the promise that this can be done without ordinary people having to do anything on their own. The end results of these attempts to bring about Heaven on earth have usually achieved the opposite. Schall repeats the sage words of John Adams that “hell is the most essential political doctrine.” Right thinking about the transcendent order, which means being aware of the reality of sin and its consequences, is to Schall one of the best ways to protect ourselves from the technocratic temptation.

Fr. Schall also reviews the oft-neglected Christian teaching of the resurrection of the body: God does not want us perfected in this world but in the next. To those who counter that Christians who believe this are not sufficiently concerned with the problems of the world, Schall responds that “by putting things in their right places,” Christians “take the world much more seriously.” He ends A Line Through the Human Heart by listing 15 lies at the basis of our culture and providing a good diagnosis of contemporary problems and errors. Conclusion: While it is a great temptation to be politically and culturally correct, we need not accept these lies and indeed are called not to participate in them.

Anything from Fr. Schall is worth reading. My only disappointment was his treatment in A Line Through the Human Heart of one of my own personal bête noires: the nature of evil. The traditional Platonic and Augustinian definition of evil, that it is the “lack” of a good, lends a kind of nonexistence to evil. That definition can be problematic in a lot of ways, particularly in a consideration of human sin — after all, if you’re talking about repentance and forgiveness, something more substantive than an absence, lack, or negation needs to be repented and forgiven. Interestingly, Schall considers some authors who take a more substantive view of the nature of evil, but, alas, he doesn’t devote enough space to doing these ideas full justice. It’s doubtless overly optimistic of me to expect Schall to solve the problem of evil in a mere 132 pages — but a guy can hope, can’t he?

Unrealistic expectations aside, Catholicism and Intelligence and A Line Through the Human Heart are two treasures from one of the greatest essayists the modern Catholic world has known.

The Wages of Motherhood... Femi-Nuns in the Echo-Chamber