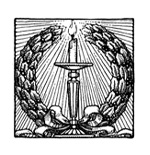 By David Mills | January-February 2021
David Mills, a Contributing Editor of the NOR, is Senior Editor US of the Catholic Herald. He writes for several Catholic and other publications, and he edits Hour of Our Death (hourofourdeath.org). This article originally appeared in the Catholic Herald and is reprinted with permission.

“I bet you didn’t expect me to look so frumpy,” she said when we first met, and laughed, loudly and disconcertingly. I had been thinking that her dress seemed to be made out of drape material. We’d arranged to meet in the lobby at a conference of the Fellowship of Catholic Scholars after several years of email friendship and working together. As we walked to breakfast, she explained that no one she met ever expected her to look so frumpy. She found this very funny.

My wife thinks Anne Barbeau Gardiner might have been the most Christ-like person she’s ever met. She’s sure our friend is a saint. I wouldn’t disagree, though I’m more diffident in making such judgments. Anne died at the end of October, at the age of 82.

I’ve recently written obituaries for two much more famous friends, the evangelical patriarch J.I. Packer and the Catholic writer Thomas Howard. Anne was as great a figure as they were, just not as well-known. A person like her should not leave this earth unmarked by people who did not know her but would have wanted to.

We first met when I was editing Touchstone and she began sending me articles. A pure scholar, she had no idea how to write for the general bookish reader. She put lots of single words in quotes because she was quoting and wanted to be exact and fair to her subjects, which needlessly and distractingly highlights the words. She never learned to paraphrase, but she let me do it for her. As an expert in her field, she happily deferred to an expert in his. I appreciated that.

She wrote a vast number of scholarly works in her field, the long 18th century. Yale University Press published her first book, The Intellectual Design of John Dryden’s Heroic Plays, in 1970, when she’d just started teaching English at John Jay College of the City University of New York. The Catholic University of America Press published her second book, Ancient Faith and Modern Freedom in John Dryden’s The Hind and the Panther, in 1998. The book’s Amazon page at one time gave its publication date as January 1, 1656, which seemed appropriate.

Anne told me many stories about her life, but I foolishly didn’t write them down, because I didn’t think to and because I didn’t really believe I’d ever be writing her obituary. I’m sorry for that, because she led a fascinating life.

She grew up in a French-speaking town in southern New Hampshire. She told me she didn’t hear English spoken until she was 10 or 12 years old. Her parents sent her to a French-speaking convent school, which was a finishing school for future wives and mothers, not a training center for scholars.

Anne did not do so well in the finishing-school parts of the day. Her embroidery was so bad, and of so little future use to her, that she asked to be excused. Her teacher and other nuns objected, because they thought the training, the finishing, the only right one for a young woman. But the headmistress agreed with Anne and let her skip the finishing classes to spend that time reading in the library. Anyone who’s been her student, reader, or friend owes a lot to the wise old nun.

That was Anne. She was gracious and deferential, but she knew what she wanted to do and that she would do. After the finishing school, she scandalized everyone by going to the University of New Hampshire. There, at that secular school, she would get a better education in English literature than at any of the Catholic schools she might attend.

Among other stories from her youth was the time she was sitting in the pew after Mass one Sunday and the priest brought up a crowd of children, orphans who needed homes. Her father asked for one of the boys, and that’s how she got a beloved brother.

Anne loved her parents. On some feast day every year, I can’t remember which, she would kneel before her father to receive his blessing. When she was living on her own in New York City, and he was older, she’d call him for his blessing and would kneel on the floor as he gave it, holding the phone to her ear. She said she missed his blessings very much after he died.

When she first moved to New York City, before starting her teaching job, Anne lived in a kind of hostel and had to be out during the day. She had two or three weeks before she started work. Most of us would have haunted the museums and bookstores. Anne spent every day in the Lady Chapel at St. Patrick’s Cathedral, praying and reading and adoring Our Lord in the Tabernacle, leaving only when she needed to get dinner. She called it a great blessing to have nothing to do but sit in the chapel.

Religiously very conservative — she wrote historical articles for The Latin Mass magazine, among other such enterprises — she took Catholic tradition seriously. This meant she was not just a conservative.

A few years ago, she took to task an editor we both knew for his criticisms of Pope Francis. She hit him with several quotes from Newman ordering deference to the pope. She finished her lecture: “We are securely lodged in the one and only Ark that God has provided for man, the Ark that cannot founder till the end of time. We must not imagine that Jesus is asleep as the waves rise above the ship. He is only testing us. When we rouse Him, He will surely say, ‘O ye of little faith!’”

Politically very conservative, she fiercely opposed the death penalty and supported fairly radical reforms of the justice system because she had invested much of her time in writing inmates on death row. I think this gave her pause about her political allies, who almost always favored the death penalty. She would tell me stories of the horrific abuse so many of her men had suffered, and she came as near to anger as I ever saw her at the thought that some people wanted to kill them.

For many of the same reasons, she fiercely opposed abortion and was a faithful member of University Faculty for Life. I don’t remember the details, but she should have gotten tenure at John Jay, not least with her scholarly work published by a prestigious press. Her pro-life beliefs and work, however, were held against her, not directly but in the serpentine way in which academics are expert. She had to start over and apply again in seven years, which meant seven more years of the extra-laborious life of the untenured teacher.

The university finally gave her tenure. She didn’t seem angry when she told the story. Not, I think, because so many years had passed, but because she saw that as simply the kind of thing that happens to faithful Christians. She resented it no more than she would mind being jostled on the subway.

Anne was a person who was completely herself, without pretense or persona or projection. I think this innocence is one of the things that makes my wife think she’s a saint. Anne found herself amusing in a way only the innocent can.

Nearer the end of her life, she went to a conference in England. After an evening session, she told me, she and some colleagues went to a pub. She did not know that pub cider contains alcohol and downed a couple pints. She stood up at the end of the evening and fell down sideways like a tree. Her companions wanted to take her to the hospital, because they could not believe she was drunk.

This story tells a lot about who she was. Anne was the subject of an item in my first Last Things column in the NOR (April 2019). She and I were both contributing editors. She let me use it, though she didn’t want me to name her.

People surprise you, I wrote. A now elderly friend, a substantial scholar in her field of 18th-century English literature and sometimes a sharp polemicist on religious matters, writes a dozen or so men on death row. She’s done this for decades.

She’s the kind of person you would visualize as a small, bird-like woman (as I did until I met her) in tweed sitting with old books open before her at a big table in a scholarly library, tracing the origins of an allusion in Dryden to an earlier religious writer no one but she has ever read. She tells me she signs her letters to her friends on death row, “A truckload of hugs, Momma Bear,” and that she uses “A truckload of hugs, Granny Bear” for those under 50.

She was a great woman. If not a saint, very close to it. Rest in peace, Anne, and pray for us.

Will the Church Ever Be Loved & Trusted Again?

In the early part of the 20th century, the average Catholic was secure in his knowledge that he had arrived at the Truth and was striving to live it.

The View from Obama's "High Horse"