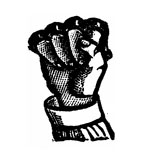 The Board of the National Coalition of American Nuns, according to a report in the National Catholic Reporter (Oct. 27, 2006), “is calling on Catholics [in the Nov. 2006 elections] to support candidates who ‘recognize the right of women to make reproductive decisions and receive medical treatment according to the rights of privacy and conscience.” In other words, Catholics should not hesitate to support pro-abortion candidates in the midterm elections.

What hypocrisy! If you are anti-war and pro-abortion, and you won’t recognize that you are making war on the baby in the womb, you are not really anti-war. Both abortion and preventive wars are murder (see our May 2006 Editorial). Abortion and unjust wars are basically immorally equivalent.

A Purely Secular Argument Against Abortion

Because the question of when life begins has a true answer, opinions have no bearing or influence upon what that “truth” is — yet people erroneously act as if it does.