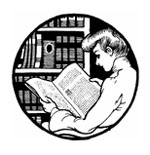 Print Is Dead! Or Is It?

The news keeps getting worse — especially for newsweeklies. After eighty years in print, Newsweek has been slain by the beast.

Tina Brown, the magazine’s “celebrity editor,” has announced that, beginning early next year, Newsweek will cease publication and move to an all-digital format. The December 31, 2012, issue will be its last.

Launched in 1933, Newsweek‘s circulation stood at 3.1 million in 2000. Over the course of the first decade of the new millennium, its circulation went into freefall, its debts skyrocketed, and there were grumblings that the magazine had “lost its focus,” writes Andrew Bender in Forbes (Oct. 20). In 2010, with circulation having bottomed out at 1.8 million — an alarming 42 percent decline that was accompanied by an even more alarming drop in advertising revenue — The Washington Post Company, the magazine’s owner since 1966, finally put it up on the auction block.

Enter Sidney Harman, a 92-year-old stereo-equipment mogul. Although he had zero experience in publishing, he bought Newsweek for a grand total of $1 — plus an assumption of the magazine’s $47 million debt.

Meanwhile, in 2008, after successful, if turbulent, tenures as the editor of Vanity Fair and The New Yorker, Tina Brown helped found The Daily Beast, an online news and opinion outlet with a liberal slant. Harman saw his opportunity and negotiated a merger of his magazine with Brown’s website, creating the Newsweek/Daily Beast Company. Harman then convinced the reluctant Brown, who has been described in The New York Times as “one of the world’s most famous and accomplished editors” (Feb. 20, 2011), to breathe new life into the flagging publication, something she’d had success doing in the past. Harman gave the magazine three years to succeed.

A review of The Wreck of Western Culture: Humanism Revisited

A Visit with Vanauken

Recently I had the good fortune of meet­ing Sheldon Vanauken. For those of you who…

In his revision of the Good Friday prayer for the Jews, Pope Benedict didn't compromise the call to "preach the gospel to every creature."