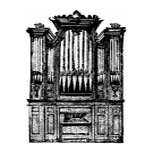 By Lucy E. Carroll | December 2008
Lucy E. Carroll, D.M.A., is organist and music director at the Carmelite Monastery in Philadelphia, where the choir, nuns, and congregation sing Latin chant and traditional music, and the choir sings old and new motets in Latin and English. She is creator of the "Church­mouse Squeaks" cartoons that appear in Adoremus Bulletin, and a frequent contributor of articles on sacred music and the liturgy. She is currently editing the Monastery Hymnal. She is also adjunct associate professor at Westminster Choir College of Rider University in Princeton, New Jersey. The historical data in this article was originally prepared for her doctoral dissertation, "Three Centuries of Song: Pennsylvania's Choral Composers 1681-1981" (Combs College of Music, Philadelphia, 1982). Some material was excerpted from her article "Hymns, Hymnals, Composers, and Choir Schools: Philadelphia's Historic Contribution to Catholic Liturgical Music" (Adoremus Bulletin, June 2004).

The Archdiocese of Philadelphia celebrated its bicentennial this year. The Catholic Standard and Times, the archdiocesan newspaper, published a special issue commemorating the two hundred years of archdiocesan history. This retrospective covered archdiocesan saints John Neumann and Katherine Drexel, and the founding of schools, parishes, and colleges. Pages and pages were given to the pride of the past two hundred years. Not one word was given to music.

Why keep our music history a secret? Philadel­phia’s musical history is unique among the thirteen colonies. For decades, Philadelphia was at the forefront of Catholic liturgical music. Home to hymnal publishers, composers, musical societies, and at the center of American reform of liturgical music called for by Pope St. Pius X, the Archdiocese of Philadelphia has much of which to be proud.

Alas, the past glories put the present state of music into shadow. Contemporary, secular-style music is most prominent in this archdiocese. Not surprisingly, music is not given any pride of place in Philadelphia parishes: A survey of the archdiocesan directory, and a look at the parish Sunday bulletins, shows listings of priests, deacons, secretaries, grief counselors, business managers, parish nurses, and all manner of officers; nowhere does one find a music director or organist listed.

Some of the music of the past two centuries will sound outdated. Yet throughout its history — before the changes following the Second Vatican Council — Philadelphia’s sacred-music leaders were trained in classical music rather than the popular song style of their day. They brought to liturgical music an excellence (in the classical standards of their time) and a sense of the sacred. Can that be said today?

What to Do With That "Ferrari" Organ?

The question of musical excellence lingers. A primary objection to it is that it’s elitist or exclusive.