Volume > Issue > Our Children, the Public Schools & Our Toxic Culture 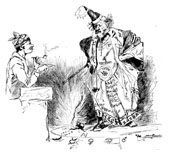 Our Children, the Public Schools & Our Toxic Culture

IT'S WORSE THAN YOU IMAGINE!

Last winter, after having been a businesswoman for seven years, I returned to teaching, accepting a position at a public high school in a typical East Coast suburban county. This school was one of my top two choices, being known as one of the best in the county, which is one of the most affluent in the state. Test scores are relatively high, and the demographics are limited to middle and upper-middle income students, with less than 5 percent minority students.

I had been asked to replace a first-year teacher who, I was told, was having a discipline problem. No stranger to difficult students, and a mother of a teenager, I expected to be able to handle any tough time. What I found was a nightmare, one that still haunts me.

Shortly afterward, I walked into the main office to sign some papers and saw a well-dressed, beautiful girl with clothes covered with food, screaming obscenities at a vice principal. Several other administrators in the room continued working as if not hearing the diatribe: “You f–ing s–h–, I hate this f—-g place, and you’d better the f– let me go home and change my clothes….” Apparently the girl had been in a food fight, and demanded permission, along with 20 others, to call their families to go home and change. She went out and slammed the door of the office, and continued screaming obscenities in the hall. She re-entered the room and, without permission, went into the administration area and called home saying, “Daddy, they won’t let me come home to change!”