Volume > Issue > Otto von Habsburg, the Kaiser Who Never Was 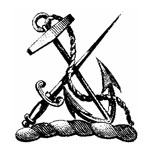 Otto von Habsburg, the Kaiser Who Never Was

GO FROM YOUR COUNTRY

Growing up in the 1950s and 1960s, my brother and I were blessed with the experience of being raised by two close-knit, caring families. In addition to life at our parents’ home in the town of South Hadley, Massachusetts, we spent a great deal of time in the loving company of our mother’s family, the Jareks, who maintained a small general store and adjacent home in the nearby factory city of Holyoke. The store catered in particular to the Polish immigrants and first-generation Polish-Americans who populated the surrounding tenement blocks.

As it was for so many of their neighbors, the Jareks’ Polish heritage was an important aspect of family life. Though all of my many aunts and uncles were born in America, all of my grandparents were born in Poland; all were participants in the great wave of European immigration that preceded the First World War. For the Jareks and their neighbors, a deeply felt bond of affection for the mother country always thrived; that affection was nowhere more tangibly obvious than the adjacent center of the community’s Catholic parish life, the magnificently windowed Franciscan Church of Mater Dolorosa.

Given the abiding connection to our family’s Polish heritage, it was a surprise to learn that our grandparents’ Poland did not exist. Though it was abundantly clear that Poland had a vibrant life in the hearts and minds of her emigrant sons and daughters, it came as something of a shock to learn that for a hundred years the nation-state had no legal recognition. A century of partition and occupation by Prussia, and by the empires of Russia and Austria-Hungary, had left the Polish people without a country to match their enduring sense of national identity; this circumstance remained unchanged throughout the pre-World War I emigration years of my grandparents’ generation.

Of those three occupying powers, Austria-Hungary remains the most enigmatic. Ruled by the royal House of Habsburg, the empire initially governed its part of occupied Poland with ruthless repression. But Prussia’s defeat of the Austro-Hungarians in the Seven Weeks’ War in 1866 compelled the Habsburgs to reconsider how they might govern more successfully the many nationalities that composed their empire. As a result of that reconsideration, the Poles of Galicia (as the Austro-Hungarian partition of Poland was then officially called) ultimately acquired a measurable degree of autonomy and a surprisingly liberal freedom of expression.

We all talk as though we hate war. But this is never much more than a half-truth. However reluctant we may be to admit it, men love war.

The Search for Christian America... Conversions: The Christian Experience... Sacrament: A Study Guide... Power of God: Addresses for the Three Hours... Holiness and Politics... The Schillebeeckx Case: Official exchange of letters and documents in the investigation of Fr. Edward Schillebeeckx by the Sacred Congregation for the Doctrine of the Faith, 1976-1980