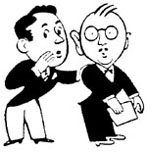 Fear: Trump in the White House

Having downed one president, Bob Woodward is hoping to take down another with his fantasy of chaos, cattiness, and conniving in Donald Trump’s White House. Meanwhile, Omarosa Manigault Newman, in her quest for 15 minutes of fame, has come up with a title, Unhinged, that seems to be an unintended parody of her own diatribe, which is composed of memory scraps from her time as an aide to citizen Trump and then President Trump. Both books are embarrassments, though Ms. Newman might be given a pass if you want to ignore the craven betrayal of her mentor. Other than that, you can perhaps understand her disloyalty, considering the pressures of competition in a free society in which one can ascend the ladder of knives to success regardless of the bloody cost to one’s integrity and to truth.

Woodward is another story. Why would he stoop to write what turns out to be his own self-parody, a trail of tales that maladroitly leads to the preordained conclusion that Trump is a blackguard, a nincompoop, and a bully? The answer is understandable: Woodward made his bones with gossipy appeals to his fans among the pseudo intelligentsia, the immensely influential but uninformed who populate the academy, PBS, NPR, the major networks, and big-city newspapers — all of whom provide the opiate for their millions of fervid followers.

In Fear, what Woodward refers to as “deep background interviews with firsthand sources” replaces “Deep Throat” as his source. These sources apparently need to remain anonymous in order to stealthily navigate their respective bureaucratic mazes, as well as for therapeutic and confessional needs. Each set of endnotes for his 42 chapters is introduced with the same apologia: “The information in the chapter comes primarily from multiple deep background interviews and firsthand sources.” As it happens, when I was a boy and made a halfway serious statement to my workingman father, his response sometimes was, “Who toe’ you?” Woodward apparently won’t reveal “who toe’ him.”

Oh well, the Newer Journalism, now having evolved into the Newest Journalism, has jettisoned the requirement of journalists to base their work on the falsifiable foundation of named sources.

That being the case, Woodward informs us that the infamous “Steele dossier” repeated the lie that when Mr. Trump once stayed in a Moscow hotel, he employed disreputable individuals to desecrate the bed in which President and Mrs. Obama had slept. Recounting this filthy canard demeans Woodward’s book further. Why would he dredge up such slime other than to besmirch Trump?

The main point, however, about the Steele dossier is that it is a political fairytale commissioned by the Hillary Clinton campaign, which convinced a FISA court judge to permit the Obama administration to spy on the Trump presidential campaign. The rationale for this infamy was that the Russians had infiltrated Trump’s campaign in the persons of Carter Page et al., who were putative paladins of Putin. But Woodward is not interested in this, perhaps the most flagrant violation of law and ethics in American political history and certainly a violation of that hallowed right to privacy that progressives find emanating from the penumbra of the U.S. Constitution.

After discussing the various permutations of the dossier, including the praise it received from CIA chief James Clapper, Woodward scolds those who submitted the report to the FISA court by comparing this act to his writing a story for The Washington Post with “an appendix of unverified allegations.” Is this an unsubtle confession? A projection? A play within a play? For what else does Woodward offer in Fear other than “unverified allegations” about “unverified allegations”? Like a Pirandello play, Fear is an extended conceit on the West’s narcissistic descent into subjectivity. And now we have reached rock bottom: “America’s greatest investigative journalist” spinning a tale while refusing to divulge who the tattletales are who tattled on the previous set of tattletales. Woe is us!

Meanwhile, Woodward portrays Steve Bannon as Trump’s Rasputin and imputes to him accurate assessments of the political situation, as when Bannon says that Obama and Hillary see themselves as “managing America’s decline,” a theme from big-picture historians who routinely prognosticate that hegemonic powers go belly up after a while. This theme also conforms to the progressives’ prediction from way back that capitalist America is self-destructive. So, Bannon’s reflection is accurate. However, when Bannon and Trump are credited with reasonable assessments, each relies on the f-word as an adjectival or adverbial intensifier. Also, when Trump takes what might be a considered position on trade and geopolitics, he does so with “belligerence.”

Trump, we are further told, clings to “his lifeline, cable news,” while “he rages at the coverage,” insisting that “everybody’s trying to get” him, and “the special counsel has virtually unlimited power with no accountability who can look into anything.” Which is, of course, true, thanks to the quisling Jeff Sessions, who recused himself, thus surrendering a fishing license to that baroque trawling expedition captained by Special Prosecutor Robert Mueller, whose objective was to harpoon the great white whale, Donald Trump. But Mueller, after two years of bottom fishing, merely snagged a school of individuals willing to carp — though not about anything germane to his expedition.

Woodward, through his deep sources, tells us that Trump is so upset by his mistreatment by the media that “meetings were cancelled and…the rest of the day eventually scrapped.” Woodward then returns to his trophy room to drag out his bronzed Nixon scalp; Trump supposedly reminded one of his aides of “Nixon’s final days in office — praying, pounding the carpet, talking to pictures of past presidents. Trump was now in paranoid territory.” Elsewhere, we read that Tom Bossert, a homeland security advisor, wanted to talk to Trump about cyber security involving China, Iran, Russia, and North Korea, but Trump brushed him off, saying, “I’m watching the Masters.”

Thus, Woodward’s book validates the progressive memes: populists, or “popularists,” a supposed Trumpian malapropism, are an influential branch of conservatism that Trump, with his infantile obsession with bread and circuses, his short attention span, and his brazen ignorance, represents. Hillary’s term for them, “deplorables,” channeled the received wisdom of historians like Richard Hofstadter who intellectualized this caricature, invidious storytellers like Sinclair Lewis who fictionalized it, and H.L. Mencken who christened it “the booboisie.” Or to quote another wordsmith, President Obama described deplorables as “clinging to guns or religion.” Trump supposedly trades on fear and ignorance.

I can’t say I didn’t enjoy both these books; the allure of being a fly on the wall entices the repressed eavesdropper in all of us. Likewise, Woodward’s The Brethren, about the inner workings of the Supreme Court, was enjoyable for the same reason, though it does not offer even pretend sources — which might be more honest than the faux sources upon which Fear is shamelessly concocted.

"The Official Story" explores the conversion of an upper-class Argentinian interested only in the happiness of her own family into a deeply caring, unselfish woman ready to perform heroic acts of justice and charity.

Review of Time and Eternity: Uncollected Writings 1933-1983, by Malcolm Muggeridge... The Spirit of Father Damien: The Leper Priest — A Saint for Our Times

The Case of Fr. David Windsor

Larry Carstens has rushed to judgment about Rose's credibility without hearing Rose's rebuttal.