Volume > Issue > On the Waterfront in Ranong 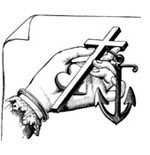 On the Waterfront in Ranong

A FIRE CAST UPON THE EARTH

By Casey Chalk | July-August 2017
Casey Chalk is a graduate student in theology at Christendom College and an editor of the ecumenical website Called to Communion (www.calledtocommunion.com).

“Thou art the fire that burns ever and is never quenched, the fire that consumes in itself all the self-love of souls, that melts all ice and gives all light. This light is an ocean into which the soul plunges ever more deeply and there finds peace.” — St. Catherine of Siena, The Dialogue

On August 12, 2016, a series of bombs exploded across southern Thailand, including at the popular tourist beach destinations of Hua Hin and Phuket. The bombings ultimately claimed the lives of four people and injured 36 more, among them a number of Westerners. I was traveling to southwestern Thailand that day, my destination Ranong, a coastal town of 20,000 people and a 40-minute boat ride from Burma. My journey, thankfully, was not affected by these terrorist attacks, allegedly committed by Muslim separatists, though their heinous work represented a fitting, worldly antithesis to the efforts of those whom I was visiting: a small group of Marist priests who minister to the local Burmese migrant community. Like that of the terrorists, the Marist mission is to set the world afire, though not with bombs but with an unrelenting gift of love.

As my plane descends into Ranong, I peer out the window and am taken aback by the rugged beauty of a region still largely free of the typical signs of globalized development in Asia. There are no large buildings in sight — only mist-covered, seemingly uninhabited mountains and wide swaths of jungle and swamp. Only later do I learn how busy and populated those swamps actually are.

Exiting the small airport, I’m greeted by Fr. Frank, a Marist priest from New Zealand. Fr. Frank, who is to be my host during my visit, works for a small mission that serves the hidden, gross underbelly of this quiet provincial town. Ranong is one of the epicenters of the profitable Thai seafood trade. Thousands of Burmese migrants labor in Thailand’s extensive fishing industry, manning the boats and processing the daily take of tons upon tons of fish and shrimp. If you have eaten shrimp in the past several years, there is a fair chance it came from a place like Ranong and was farmed by the kind of people I met over my brief stay in this unheralded backwater.

As Fr. Frank’s truck bumps along the country roads to the Marist mission home, he divulges extensive details of his work as one of several Marist priests and nuns who offer educational opportunities and basic health services to Burmese migrant workers and their families. They come by the thousands (there are approximately two million Burmese throughout Thailand, according to some reports) to find work in Thai port cities such as Ranong, work that pays exponentially higher than what they could earn in Burma. They must acquire temporary work visas in Thailand and often take up residence in small, one-story dwellings that typically have only one or two rooms. As human-rights advocates have noted, the visas required to remain in-country are expensive, and local Thai officials find all manner of creative ways to elicit bribes from the hapless Burmese.

What Is That Thing?... What We Have Here Is a Failure to Communicate (Catholic Teaching)... Where Do We Go From Here?... Louder Than Words... The Woeful Plights of Indian Christians