Volume > Issue > On the Plausibility of God 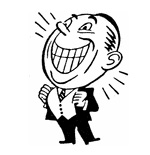 IS ATHEISM RATIONAL? IS RELIGION?

By Carl Sundell | May 2010
Carl Sundell, Professor Emeritus of English and Humanities at Quinsigamond Community College in Worcester, Massachusetts, currently resides in Lubbock, Texas. He is the author of Four Presidents, The Intellectual and the Gunman, Shaw Versus Chesterton, Darrow Versus Chesterton, The Dilemmas of Atheism, and Night Thoughts.

There are two schools of thought about whether atheism is advancing throughout the world. One points to the abundance of books recently published to explain and promote atheism. Further, atheism has found willing partners among jurists, journalists, and professors. Lawsuits filed by atheists demonstrate a new willingness of judges to remove religious symbols and sayings from public places. Journalists seem less eager than ever to report religious news, and when they do it is often reported with a mocking or negative slant. Perhaps most importantly, many Christian parents send their children to college only to discover that when their children return they have lost their spiritual moorings.

A second school of thought contends that atheism is in dire trouble, that its traditional intellectual foundations have been increasingly challenged over the past fifty years. At least two of St. Thomas Aquinas’s five proofs for the existence of God, still widely repudiated by atheists as primitive and without rational foundation, are making a dramatic comeback, as former atheist Antony Flew admits in his latest book, There Is a God. Tentative support for these two proofs, traditionally known as the cosmological and the teleological arguments, has come from the least likely quarter: the scientific community, where atheism has flourished for more than a century.

Let’s take a look at the core philosophical principles of atheism.

A New Age of Faith, Even for Atheists

A review of The Triumph of Faith: Why the World Is More Religious than Ever