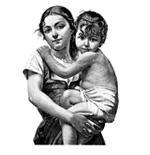 SOMEONE, SOMETHING, OR SOMEWHERE IN BETWEEN ?

By James G. Hanink | March 2012
James G. Hanink, a Contributing Editor of the NOR, is in his fourth decade of teaching philosophy. He and his wife, Elizabeth, are active in pro-life work. Prof. Hanink presented a version of this article at the June 2011 meeting of the University Faculty for Life at Notre Dame.

Who is Robert Spaemann? An exemplary octogenarian, he was born in Berlin in 1927. In due time, within the rigors of the German academy, he came to be Professor of Philosophy at the Universities of Stuttgart, Heidelberg, and Munich. He retired in 1992, but the retirement was institutional rather than intellectual. Among other activities, Spaemann regularly contributes to Pope Benedict XVI’s Schülerkreis, a study group that then-Cardinal Ratzinger began in the 1970s.

In 1996 Spaemann published his seminal work, Persons: The Difference Between ‘Someone’ and ‘Something.‘ Only in 2006 did this work become available in English. Herein we find vintage Spaemann: a thinker attuned to both analytic and continental philosophy, at home in the classics, in literature and music, and au courant in psychology and the social sciences. He is ready, as well, to take his turn in constructing the thought experiments in vogue among today’s philosophers. He argues that each human being is a “someone,” and is so from the start.

The final chapter of Persons — “Are All Human Beings Persons?” — presents six arguments for the affirmative answer to that question. Each argument is important in the public debate over abortion and the rights of the severely disabled. The first is Spaemann’s genealogy argument, which itself invites two distinctive supplements.

Each of us encounters, on a daily basis, what philosophers call “kinds.” Broadly construed, we can count among them inanimate objects, like the chairs on which we sit. Each chair has a likeness to other chairs, although no chair needs to have a direct relation to another. There would still be a “chair” even if there were but a single chair in the universe.

Surveillance of the Unborn: A Human Rights Issue

While the March of Dimes may do valuable work toward helping conquer birth defects, other unborn handicapped children are denied life because of its support of prenatal testing.

To tamper with the generative function, as I did, is to make myself a god, or to tell God, in effect, “I know better than You do.”