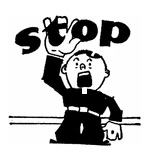 During the 2008 presidential elections, a South Carolina priest brought to the forefront again the question of whether pro-abortion Catholic politicians should be excluded from Holy Communion. The Rev. Jay Scott Newman of St. Mary’s Catholic Church in Greenville told his parishioners that voting for a pro-abortion candidate “when a plausible pro-life alternative exists” constitutes wrongful cooperation in the evil of abortion. Persons who do so, he said, ipso facto place themselves outside full communion with the Catholic Church and therefore “should not receive Holy Communion until and unless they are reconciled to God in the Sacrament of Penance, lest they eat and drink their own condemnation.” His final clause was adapted from 1 Corinthians 11:27-29, where St. Paul writes, “Whoever, therefore, eats the bread or drinks the cup of the Lord in an unworthy manner will be guilty of profaning the body and blood of the Lord. Let a man examine himself, and so eat of the bread and drink of the cup. For any one who eats and drinks without discerning the body eats and drinks judgment upon himself.”

Fr. Newman, of course, took the question one step further, holding that those who support pro-abortion politicians should be denied Holy Communion. I doubt many will follow his example. Not because he erred, but because of the serious diversity of opinion among Catholics, including bishops, over the prior question of whether the pro-abortion Catholic politicians themselves should be excluded. Unfortunately, the question has in the past decade been treated as a matter of prudential pastoral opinion. When the United States Conference of Catholic Bishops considered it in 2004 — when Catholic John Kerry was running for president — the compromise solution was to eschew a policy statement either in defense of or opposition to denying Communion and to leave the matter to the judgment of the individual diocesan bishop. But canon law and Church teaching justify something stronger than ad hoc statements of individual bishops. But I will save that argument for the second part of this article.

In light of the recent election, the question deserves serious reconsideration. Although Barack Obama is not Catholic, he was supported by a majority of Catholic voters (exit polls indicate 54 percent). This tells us that a large number of Catholics do not think that vigorously defending, and politically abetting, the killing of innocent human life is an issue important enough to persuade them to vote against a candidate. Hear me clearly: I do not mean they should have voted Republican. There were morally good reasons not to. But there were morally decisive reasons for not voting for Obama. Brian Burch, president of the Catholic think-tank Fidelis, a group that monitored the Catholic vote in the recent election, says that although Obama received 54 percent of the Catholic vote overall, McCain won 55 percent of weekly churchgoing Catholics. (Approximately 25 percent of adult Catholics in the U.S. say they go to weekly Mass.) This means a sizable number of weekly churchgoing Catholics voted for Obama. I expect that most of them receive Holy Communion. And I do not doubt that they do so in good faith. But isn’t this itself a problem? Why doesn’t voting for an ardent defender of abortion violate their consciences? Why do they think the two are compatible, killing the innocent and receiving the Lord? How can Catholics have grown so dull to things so grave?

As I said, the question deserves reconsideration — but not as a potential punitive measure against political adversaries; this would trivialize it. The question concerns the holiness of the Sacrament. We obviously do not see Holy Communion as very holy. At the time of the Israelite Temple, only one person per year, the High Priest, and only with great trepidation, dared to enter the Holy of Holies to attempt worship. The Holy of Holies was merely a chamber in which relics of wood, stone, and wool were kept. In presenting themselves for Communion, Catholics approach the living flesh of the God-man Himself. The High Priest tied a rope around his waist lest he approach the Lord unworthily and be struck down; this way his attendants could drag him out without needing to enter the awesome Presence. In Holy Communion, Catholics not only stand in that Presence, they become one flesh with Him.

I have never heard a song by this “Marilyn Manson” character. But I have read…